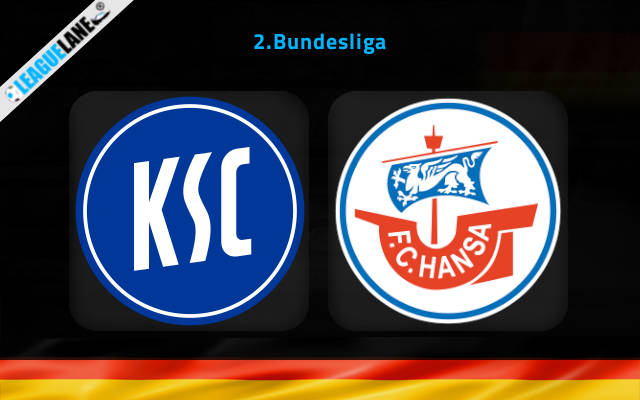 Hansa Rostock are vulnerable defensively. They are up against the in-form Karlsruhe who have already beaten them this season (1-3 on the road). The home win looks very attractive at the 2.15 odds, while you can alternatively back Philipp Hoffman or Malik Batmaz to score anytime for the hosts.

Karlsruhe are looking for the third consecutive home win on Sunday afternoon when they host Hansa Rostock in the 18th round of 2. Bundesliga.

The team led by Christian Eichner have scored seven goals in the last two home wins over Hannover and Heidenheim.

Malik Batmaz stole the show last weekend when his brace inspired a 3-2 victory over Heidenheim.

The hosts will fancy their chances of making it three home wins on the bounce here given they are up against Hansa Rostock who have been far from impressive of late.

The visitors fell 3-0 at Hamburg last weekend. They are winless in four consecutive league outings.

Hansa did not keep a clean sheet in eight subsequent league matches. This will be the music to the ears of Philipp Hoffman and Malik Batmaz who are expected to lead the line for Karlsruhe once again here.

Tips for Karlsruhe vs Hansa Rostock