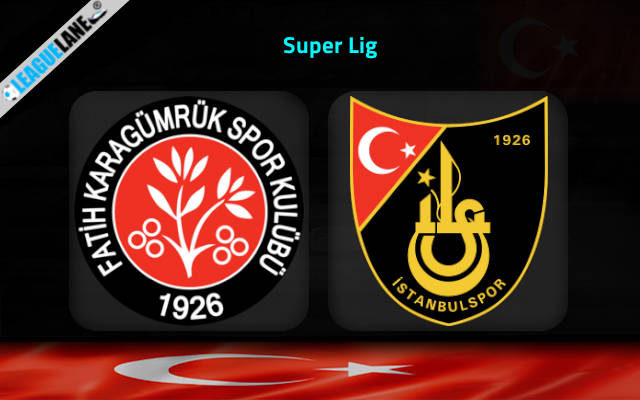 Both Karagumruk and Istanbulspor are facing a winless drought in their last two league outings respectively. This Monday they will both go head-to-head at Atatürk Olimpiyat for Matchday 7 of the Super Lig.

Following the 4-1 victory over Ankaragucu last month. The host are going through a very difficult time. They are now on a three-game winless streak. In their most recent outing, they faced Istanbul Basaksehir. The game ended in a goalless draw.

Moreover, Otabek Shukurov picked up a red card in the last minute of that game. Therefore, he will miss this upcoming fixture.

On the other hand, Istanbulspor is just one point from dropping to the relegation zone this season. It is interesting to note that their last two consecutive league matches have ended in a draw.

In their match against Besiktas, Ali Yasar rescued his team with just four minutes remaining on the watch. He scored the equaliser in that game. This one point has made huge difference for Osman Zeki Korkmaz’s side as they are not in the relegation zone.

In the Super Lig this season, both these clubs share one common feature. They both have won only a single game this campaign.

Moreover, it is worth knowing that the host have scored only a single goal in the month of September.

Also, the goal conceding rate for the host is 1.67 goals per game. Do also note that the visiting side are on a three-game unbeaten streak this campaign.

Our prediction is that Fatih Karagumruk will win by 1-0 – at 8.00 odd. This is after considering that the host are unbeaten at home in the last three matches against this side.

Our second tip for this game is that Fatih Karagumruk will keep a clean sheet – the odd for this tip will be at 2.62 odd. At Atatürk Olimpiyat, the home team have kept two consecutive clean sheets.