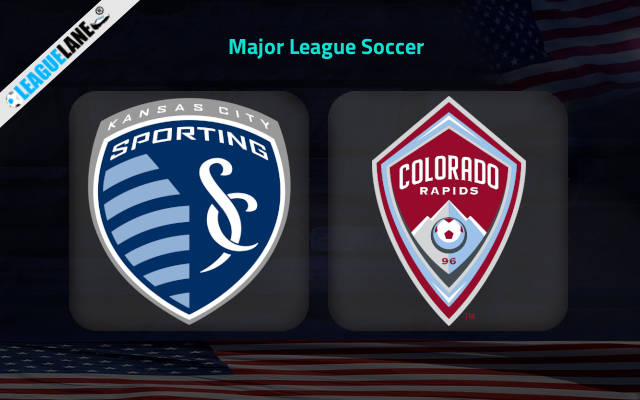 It was one of the toughest losses in the team’s history and head coach Peter Vermes will face a huge challenge in an attempt to raise the spirits in his dressing room for the mid-week’s fixture against Colorado Rapids, scheduled for Wednesday evening at Children’s Mercy Park.

Sporting Kansas City generally do look much better at home than on the road. After all, they claimed both of their wins in this term of MLS in their own backyard.

They showed quality by eliminating the likes of Dallas FC after extra-time in the US Open Cup R32 seven days ago.

Looking also at Colorado Rapids’ away record, we have plenty of reasons to predict the home win as the outcome here despite the mentioned score Sporting KC had at the weekend.

Colorado Rapids took just one point from five away outings so far in the season. They will go into this off the back of three successive defeats on the road.

Robin Fraser’s troops shipped three goals in two of the previous three away matches which does not promise a lot for the visitors ahead of the clash against Sporting KC who notched six goals in their previous two outings across competitions.

The home court advantage has played a huge role in the history of this matchup.

Sporting KC, who only lead the H2H tie by 4 wins going into the 84th clash against Colorado Rapids, have won 28, draw 7, and lost just 9 of 44 home encounters against the Rapids.

Interestingly, none of the previous four head to head affairs between these two sides produced three or more goals, including this season’s 2-0 win for Colorado in the reverse tie in March this year.

Colorado Rapids have been dreadful travelers so far in the season and the history of this matchup also confirms the significance of the home court advantage.

We thus see decent value in the 2.25 odds offered for the home win pick, while you can also try with the Over 2.5 goals FT bet at the equally attractive odds of 2.05.