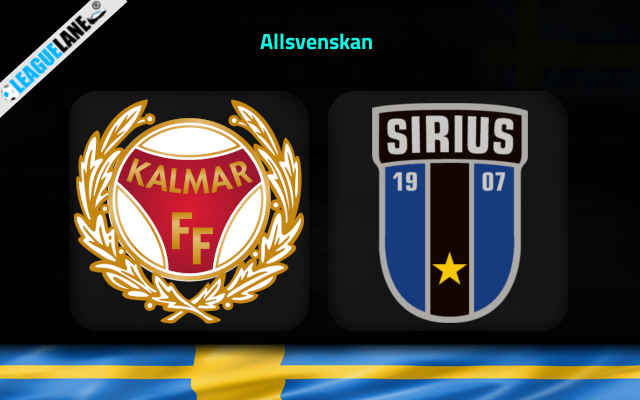 Kalmar had an average start to this Allsvenskan season. They have bettered their form further and gained some consistency in recording positive displays. Currently, they occupies the sixth spot which is the same place where they ended up in the past season.

Kalmar were last seen recording a 1-1 draw against Helsingborg on road in a Allsvenskan match-day. With that draw, they are now following a streak of four unbeaten games in the league. They will be hoping to extend it by sealing positive outcomes.

Meanwhile, Sirius had an impressive start to this season. Instead of maintaining it, they turned dreadful by recording fluctuating displays. Their recent outcomes are so displeasing and the weak offensive and defensive line-up adds more to it.

Sirius recorded a 0-1 win on road against Norrkoping in their most recent league fixture. They were on the back of thread of three winless games in the league before recording the above win. Therefore, they will be hoping to make that win count.

The current home run of Kalmar is so impressive. They have won each of their past three league fixtures at home to follow a thread of winning games here. Their defensive side have succeeded in preventing the opposition from touching the back of the net in all those three.

On the other side, Sirius is following an inconsistent form on road. They are winless in three of the past five on road league fixtures. Two of them were negative displays with their defensive line-up leaking goals in a worrying fashion.

On top of that, Kalmar is having a decent head to head form against Sirius. Hence, we back Kalmar to seal a win from this Allsvenskan fixture against Sirius on Sunday.