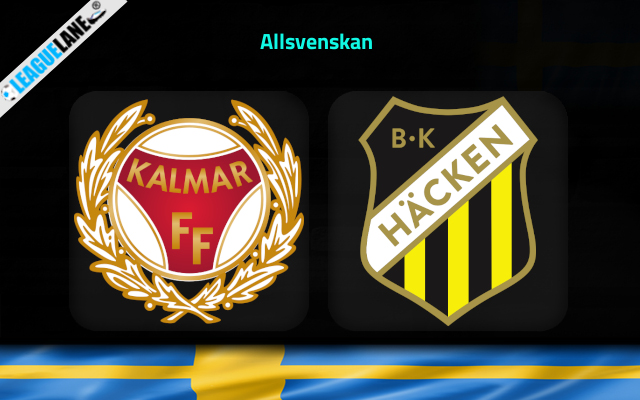 Leaders Hacken will face a very tough task in an attempt to return to winning ways after a disappointing 2-2 stalemate to Degerfors in the previous round.

Hacken terminated their five-win thread across competitions by conceding the late equalizer in the fourth minute of added time last Sunday against Degerfors.

Norwegian manager Per Matias Hogmo can be worried because of his team’s defensive performance on the occasion.

Hacken allowed as many as ten shots on target and deservedly shipped two goals last weekend although the second came at the death.

Hogmo’s men are now just one point clear off Djurgardne atop the Allsvenskan standings. They will face hard times on Monday afternoon at Guldfageln Arena considering their counterparts’ recent form.

Kalmar jumped to the sixth position in the league ladder thanks to a thread of three subsequent league wins.

The thread involves the 0-1 success against the likes of FF Malmo as well as last weekend’s 1-0 home victory over Varberg.

Unlike their rivals, Hacken have been very tough to break down in the last several weeks. They did not concede a goal in more than 360 minutes of football across competitions.

Last but not least, Kalmar are one of the toughest teams to beat in their own backyard. They have a great record of 8 wins, 1 draw, and just 2 defeats in 11 Allsvenskan outings on the home patch this term.

This is one of the most interesting games of the Matchday but we have to fancy Kalmar looking at the odds, their form, and their home record in this term of Allsvenskan.

You can back the hosts not to lose at the 1.57 odds. Alternatively, the Both Teams To Score is another decent option at the odds of 1.61.