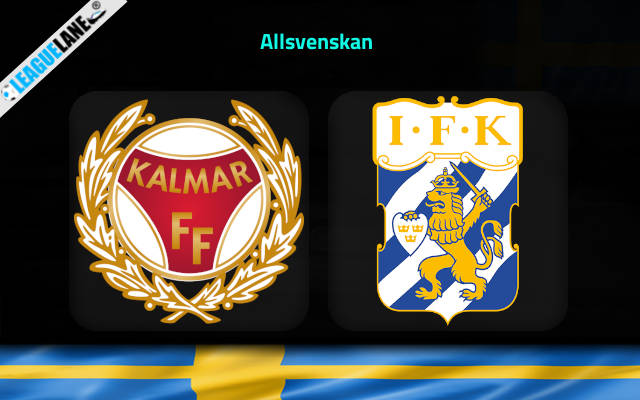 Both Kalmar and Goteborg have been going through a good series of performances lately and have been finding the back of the net consistently. They are placed just slightly below the top-3 zone, and their immediate objective will be to break into the top-most tier.

The 2 teams are placed next to each other in the league table and as such both squads will consider the other as a direct rival, in their quest for a podium finish.

Kalmar are in front of their home crowd this Monday and at this venue they have been on a superb run for quite some time now. Goals have never really been an issue for them lately and as a result they have built considerable momentum as well.

Meanwhile, Goteborg too have a similar story to share. They too have been delivering great performances and it really has not mattered to them if they are performing at home or on the road.

Moreover, goals have come in plenty whenever these two teams have locked horns in the past and taking into account all these observations it is expected that we are about to witness a high-scoring affair this Monday.

Kalmar are on a 7-game unbeaten run in front of their home crowd, and impressively 6 of these were wins. It also needs to be mentioned that they have lost a total of just 4 times at this stadium in the past 12-month period.

On the other hand, Goteborg were unbeaten in 7 of their previous 9 overall matches and in the process they had gone on 2 separate 3-game winning streaks. Moreover, they had also won 4 of their past 5 road trips.

Considering these observations, as well as past head-to-head scorecards, expect a goal-fest this Monday.

Tips for Kalmar vs Goteborg