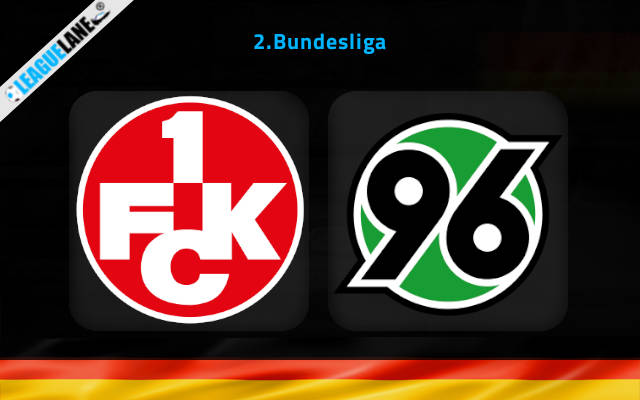 Hannover had secured a mid-table finish in the second division of German football the last season. While they had missed out on a promotional spot by quite a distance, it also deserves to be mentioned that they were hanging quite high above the relegation cut-off as well.

Going on, they have also been on a good streak of results lately. They are finding the back of the net consistently and they have managed to do so even on the road as well.

And on top of all that they also have a dominant head-to-head record against this opponent over the years.

Meanwhile, Kaiserslauten are a team that were promoted to the second division only at the end of the last season. They were part of the 3.Liga in the previous campaign and right away they have a massive disadvantage – which is their inexperience.

By the looks of things, it is expected that Hannover will start their new campaign with a win this Friday.

Kaiserslautern were winless in 5 of their last 9 overall fixtures and in the process they had gone a 3-game losing streak. They were also winless in 3 of their past 5 appearances at home.

On the other hand, their counterparts Hannover are on an 8-game unbeaten streak and in the process they had gone a 5-fixture winning stretch. It also deserves to be mentioned that they had scored a total of 34 goals in the process.

Considering these observations as well as the head-to-head superiority of Hannover, expect a win for them this Friday.

Tips for Kaiserslautern vs Hannover