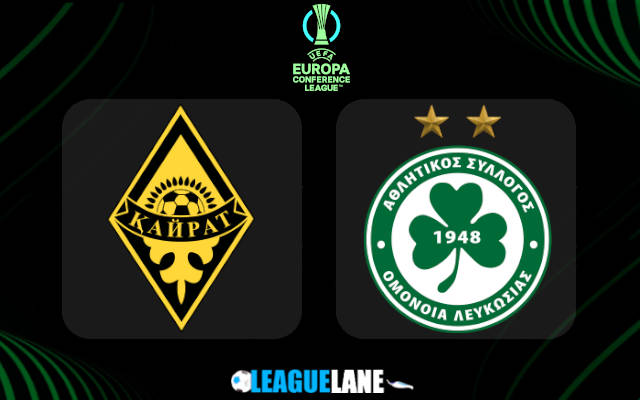 Kairat welcome Nicosia for the first time to their home turf as both these sides will be aiming to get off to confidence-boosting start to their Conference League campaign.

The hosts currently sit in 3rd position in the table in the Kazakhstan Premier League with 37 points on board after 20 league games, 8 points away from league leaders – Tobol.

On the other hand, Nicosia’s road to the main competition began in the second round of qualifying for the Champions League as they lost to Dinamo Zagreb. Consequently, they lost the Europa League qualifiers to Royal Antwerp and hence, they find themselves in the Europa Conference League.

Nicosia currently sit in 9th place in the Cypriot first division after they lost their opening league game, 2-1 to AEK Larnaca. Fotios Papoulis scored a consolation goal for Nicosia in the 81st minute of the game.

The hosts are expected to win this fixture as they have shown really good performances on their way to the main competition. The team will be high on confidence and we back the odds at 2.45 for the home side to win.

On the other hand, we back the odds at 2.25 for goals over 2.5 as the hosts will score most of them as they have been showing good goal-scoring displays before coming into this fixture.