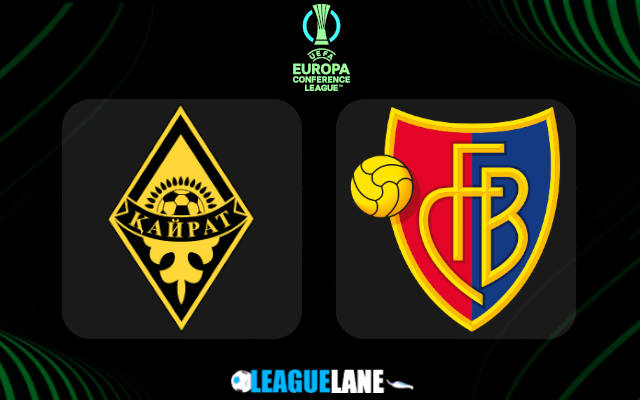 Kairat’s 1-2 loss against Qarabag in their last match meant they would be unable to qualify for the next round of this tournament. Basel on the other hand should seal their spot in the knockouts with a point from this fixture but would push for the top spot that takes them to the final 16 of the competition.

These teams are set to go up against one another at the Almaty Ortalyk Stadion this Thursday afternoon. Read our Preview, Predictions, and Betting Tips with Analysis here.

Their only encounter ended 4-2 in favour of Basel earlier in the tournament. The team got past another Kazakh team, Tobol Kostanay 3-1 on aggregate in the first round of qualifiers for the 2006 UEFA Super Cup.

FC Kairat managed a point against Omonia Nicosia in the opening game of this competition. They have since suffered losses against this opponent on the road and Qarabag in home and away fixtures. They are currently bottom of the group, 7 points behind their opponents for Thursday.

They are third in the Kazakhstan Premier League, winning 51 points through 26 games and are 10 points behind the league leaders Tobol.

RotBlau meanwhile registered draws against Qarabag and AC Omonia on either side of their wins against the latter and this foe. Thus with 2 draws and 2 wins they are 2nd in the group with 8 points to their tally. In the Swiss Super League with 26 points through 13 games, they are 2 points behind Zurich in 2nd place with a game in hand over them.

Following the 6 goal fixture between the sides in Switzerland, I do not see either team keeping a clean sheet.