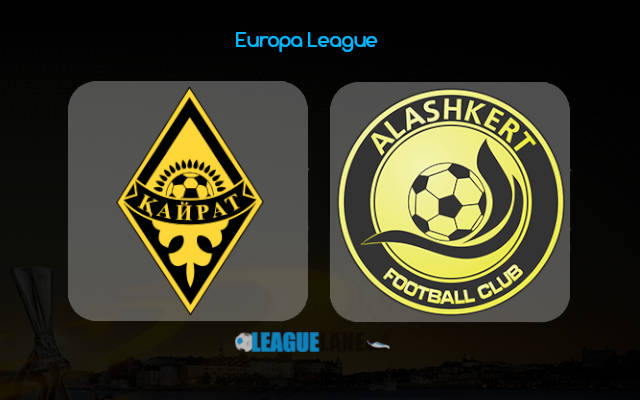 A place in the UEFA Europa League playoffs is up for grabs as Kairat and Alashkert take on each other in the third qualifying round of the competition.

Unlike Alashkert who only made their UEFA Europa League debut in the 2015/16 season qualifications, Kairat have a somewhat broader experience.

The Kazakh champions made it all the way to the playoffs in the 2015/16 campaign, eliminating the likes of Red Star Belgrade, Alashkert, and Aberdeen before being stopped by Ligue 1 side Bordeaux.

Interestingly, Kairat have already faced Red Star Belgrade this season, and they are just about to play Alashkert in this tie. Will the history repeat? Will they once again reach the playoffs?

They are most certainly big favorites to do so. Kairat made a big upset by eliminating Israeli champions Maccabi Haifa at the beginning of their journey in the qualifications for the elite continental competition.

They then saw off Red Star Belgrade 2-1 in the first leg on the home pitch before suffering a 5-0 catastrophe in the return fixture last week in Serbian capital.

Alashkert have been far less impressive so far. They barely went past Welsh Connah’s Quay (3-2 on aggregate, only after extra-time) before losing both ties to Moldovan Sheriff.

The Armenians have also struggled at their very first obstacles in the last two Europa League qualifying campaigns, falling to the likes of FCSB and Renova respectively.

Both teams had disappointing weekend games. Kairat suffered the third consecutive defeat in Kazakhstani Cup, while Alashkert fell 0-3 at home to Ararat-Armenia at the beginning of the new season in the domestic league.

We would not be surprised to witness a similar result to the one from six years ago when Kairat demolished Alashkert 3-0 at home in the first leg of the Europa League qualifier. Everything speaks in the favor of the Kazakhstani outfit and we have no other option but to back the hosts here.