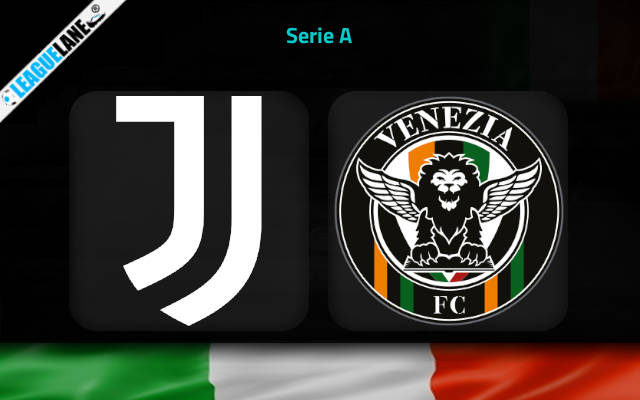 Juventus and Venezia will open the curtain on an exciting Serie A Sunday with the morning lash at Allianz Stadium in Turin.

The hosts will be enormous favorites to maintain their winning run against the rock-bottomed opposition on the occasion.

I Bianconeri had a fantastic last weekend, escaping on an eight-point distance ahead of Roma in the battle for the top-four finish and a spot in the UEFA Champions League next season.

Massimiliano Allegri’s men pulled off a comeback on Monday night away at Sassuolo, beating I Neroverdi 1-2 at MAPEI Stadium – Citta del Tricolore.

Paulo Dybala and substitute Moise Kean scored goals late in first and second half of the affair to grant Juventus three points that should keep their fans relieved in the remaining four games of the season.

I Bianconeri now have three wins and a draw in the last four matches in all competitions. They will have a great chance to keep this form going here against Venezia who are one of the weakest teams in the division and will likely play Serie B football next season.

Venezia are six points shy of the safe zone with just four matches left to play. They do have a game in hand on the rest of the league (against Salernitana next Thursday) but their recent form does not suggest a positive finish of the season in the elite class of Italian football.

Venezia will travel to Turin off the back of eight consecutive defeats in the Serie A. The latest came last weekend against Atalanta (1-3) at Stadio Pierluigi Penzo.

Everything points towards an easy game for the hosts and we will thus back Juventus to celebrate a comprehensive victory without conceding a goal on Monday morning.