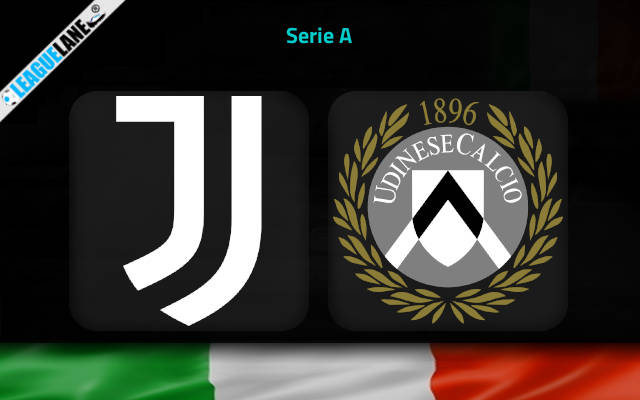 Juventus are undefeated since the month of November. With such momentum on their side, they are certain to enter the Champions League spot sooner rather than later.

Udinese despite the disappointing result on the last matchday have done enough to stay away from the relegation zone.

La Vecchia Signora was last seen in a match of the season contender against Roma winning the seven match thriller away from home.

This was the club’s third win in four fixtures. Gaining eleven points from the last possible fifteen the club is 5th in Serie A, only three points behind a spot in the Champions League.

Allegri has improved the defence of the club considerably as they have dropped just four points in their last eight league fixtures.

Friulani in their most recent match was hammered by Atalanta at home in a match that ended with a score line of 2-6.

This was the club’s first loss in four games. With a point on average from the previous five league fixtures, the club now sits 14th in the league, seven points clear of the relegation zone.

The club has recently been involved in high scoring fixtures. This shows that while they are able to score a lot of goals there is considerable improvement needed in terms of defense.

The hosts are on an 8-match undefeated streak while their opponents have just 1 win in their previous eight league games. With Juventus dominating the entirety of the match in recent times I have backed them to win both halves on Saturday.

The visitors have scored a considerable amount of goals this season. However, with the resurgence in the host’s defence that has registered three clean sheets in their last five home games. I do not see the visitors scoring on Saturday.