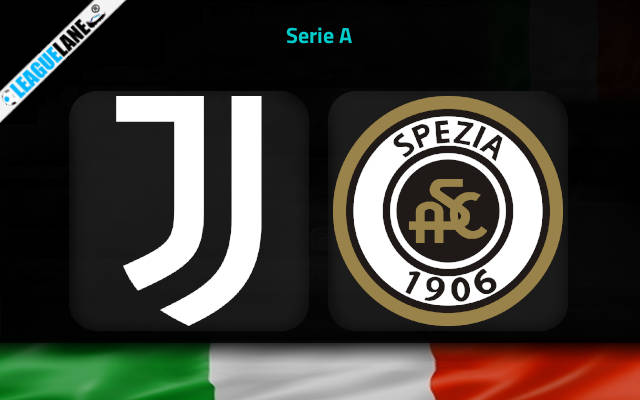 Juventus have been one of the absolute best teams in the Italian top flight for the past several years and the last time around they had secured a 4th place finish. Meanwhile Spezia had to settle for a position just above the relegation cut-off.

They had finished 16th in a table of 20 and had a surplus of just six points over the relegation line. All through the campaign they had managed to post just 10 wins.

Worryingly they had lost 22 of their total 30 league games the previous season, and only the dead-last placed team had lost more fixtures (23).

It also needs to be noted that they had a worrying goal-difference of -30 at the end of their campaign.

Meanwhile, the Old Lady had let in the least number of goals of all the teams in the competition the previous season and they deserve special appreciation for having shown the composure to secure a 4th place finish.

The league witnessed intense competition for the coveted 4th place, as teams scrambled for the final Champions League ticket on offer.

Going on, the previous champions also have made some important signings over the transfer window and they are determined to regain their old glory back.

On top of that they also have a superb head-to-head record against this rival over the years and taking into account all these observations, it is expected that Juventus will register a victory this Wednesday.

The Old Lady were unbeaten in 12 of their past 16 overall fixtures and in the process they had even gone on a 3-game winning streak.

Do also note that they have lost a total of just 3 times in front of their home crowd since November and in the process they had gone on separate 3-fixture as well as 4-match winning stretches.

On the other hand, Spezia were winless in 16 of their former 23 overall fixtures and in the process they had gone on 2 separate 4-fixture losing streaks.

Considering these observations, as well as the head-to-head superiority of Juventus, expect a victory for them this Wednesday.

Tips for Juventus vs Spezia