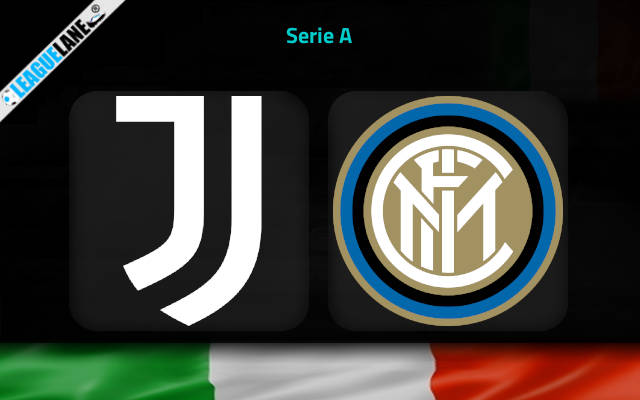 Just an hour after the final whistle in Derby della Capitale, football fans in Italy will have a chance to enjoy another spectacular affair as Juventus and Inter Milan are set to lock horns in Derby d’Italia.

Bitter cross-city enemies sit right next to each other in the sixth and the seventh place of the Italian Serie A standings going into the last game of the Matchday No 13 at Allianz Stadium in Turin.

Both outfits have been successful in the recent domestic league outings. They have, however had distinct journeys in the elite continental competition.

Juventus were eliminated in the group phase of the UEFA Champions League, finishing the section behind PSG and Benfica.

Inter Milan, on the other side, made an upset by securing the top-two finish in the group of death, alongside Bayern Munich and Barcelona.

I Nerazzurri have generally grown in form and confidence of late. They stormed past Sampdoria last Saturday 3-0 at Stadio Giuseppe Meazza.

Unfortunately for their fans, Belgian striker Romelu Lukaku has suffered another injury on the occasion and will likely even miss the World Cup with Belgium.

This leaves Lautaro Martinez and Edin Dzeko as the front duo. They have, however, done very well of late as Simone Inzaghi’s squad bagged at least three goals in four of the last five outings in all competitions.

Juventus will come into this on the back of three straight clean-sheet wins in the league but we have seen their defensive holes in the recent UEFA Champions League matches against PSG, Maccabi Haifa, and Benfica.

Since Inter Milan have been scoring goals for fun lately, we will take the Away win & Over 2.5 goals FT pick at the 3.75 odds as the main betting option here. We also like Edin Dzeko to score anytime for the visitors at the 3.40 odds.