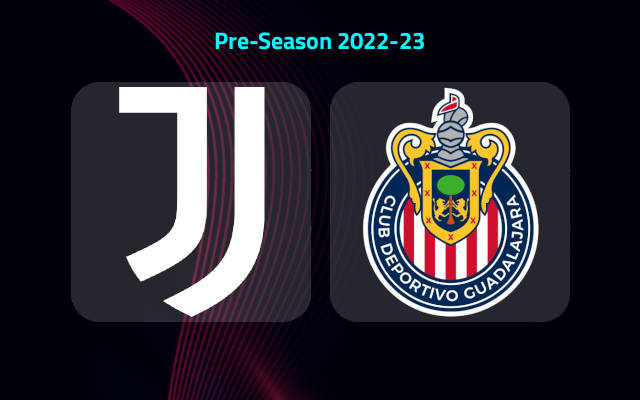 Former Italian champions Juventus have been aggressive in this ongoing transfer window and they seem determined to get back their crown which was taken away by Inter Milan. Guadalajara who have been going through a rather poor stretch of performances lately, will find it difficult to perform this Saturday at the Allegiant Stadium against this European heavyweight.

The Old Lady had lost just 8 times all through their league campaign the last season and they comfortably had secured a top-4 finish, which enabled them to qualify for the upcoming edition of the Champions League.

All along they had scored goals in plenty and had managed to deliver some impressive performances at home as well.

Meanwhile Guadalajara have been going through a worrying series of results for quite some time now. They are letting in goals in huge numbers and have found it difficult to score consistently as well.

Going on they have also been struggling on the road for the past several weeks and in the process, they have even let in goals in huge numbers.

On top of all that they also have an inferior head-to-head record against this rival over the past seasons.

For all these reasons, expect a victory for Juventus this Saturday.

The Old Lady were unbeaten in 29 of their past 33 overall fixtures and in the process they had gone on a 4-game winning streak as well as 2 separate 3-match winning stretches. Do also note that they had scored 2 or more goals in 6 of their past 7 games.

On the other hand, Guadalajara are on a 4-fixture winless run and they had scored a total of just one goal in the process. They were also winless in 6 of their past 7 overall fixtures and they have a total of just 5 wins away from home in the past 12 months.

Taking into account these observations, it is expected that we are about to witness a victory for Juventus.

Tips for Juventus vs Guadalajara