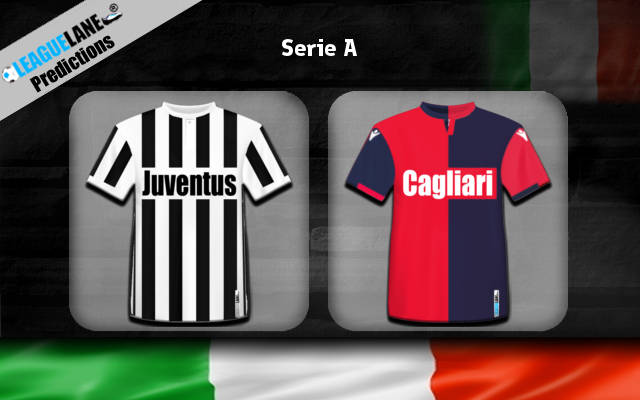 Second-placed Bianconeri will be determined to put the Supercoppa defeat behind them when they return to Serie A action on Monday.

Second-placed Bianconeri will be determined to put the Supercoppa defeat behind them when they return to Serie A action on Monday. Juventus upped their game since 1-3 loss at Olimpico and started scoring goals with ease, but Lazio took them down once again and we should see some sort of reaction against high-flying Sardinians. Juve have won three of their last five Serie A games.

Juventus have the best home record in the league with seven wins and one draw to date, averaging 2.25 goals scored per match and conceding 1.13 in return. They’ve defeated Udinese 3-1 in most recent home fixture.

Chiellini and Khedira are long-term absentees for the hosts; Bentancur is banned.

A two weeks break surely helped Sardinians to regroup after back-to-back defeates against Lazio (1-2) at home and Udinese (1-2) on the road. They’re still going strong, though, having enjoyed 13-game unbeaten streak prior to that. Currently 6th, six points off of fourth-placed Roma and four points clear of nearest rivals, Parma, Rolando Maran’s side will be hoping to rekindle their old form.

‘Il Sardi’ have recorded three wins, four draws and one defeat away from Sardegna Arena, netting 1.63 goals per tie, whilst conceding Juventus’ numbers – 1.13 per match.

Cagliari’s injury list is pretty much the same with Birsa, Cragno and Pavoletti on the sidelines. Suspended Pisacane will miss the trip to Turin.

The hosts are projected to start with ‘deadly tridente’ once again and Cagliari will struggle to contain them. The guests have conceded at least two goals in each of their last six Serie A matches.

Despite an impressive record at Allianz Stadium, Juve have managed to keep just two clean sheets and Cagliari have found the back of the net in 100 percent of their road games.

To all Italian Serie A Match Previews & Predictions