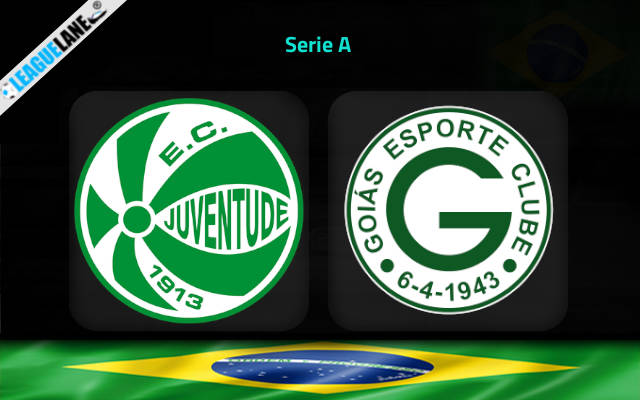 Juventude will have a massive task in front of them this weekend as they take on in-form Goias.

Juventude are placed second to last in the Brazilian top flight and they have been one of the worst teams in the competition all through this campaign. They have won just twice all through the tournament and they have also let in the most number of goals of all the teams.

It also deserves to be mentioned that they are the only team in the Brazilian league to have lost their last three appearances at home.

Meanwhile, Goias are placed in the top half of the table and they are in the running to qualify for the Copa Sudamericana. They are consistently finding the back of the net and they have managed to do so in road games as well.

Moreover, they also have a superior head-to-head record against this opponent over the years.

By the looks of things, it is expected that we are about to witness a victory for Goias this Sunday.

Juventude are on a 7-game winless run and in the process they had gone on a four-match losing streak. Moreover, they were also winless in 16 of their past 18 overall fixtures.

In addition, they also have dominated this opponent in past head-to-head clashes.

Taking into account these observations anticipate a victory for Goias this Sunday.

Tips for Juventude vs Goias