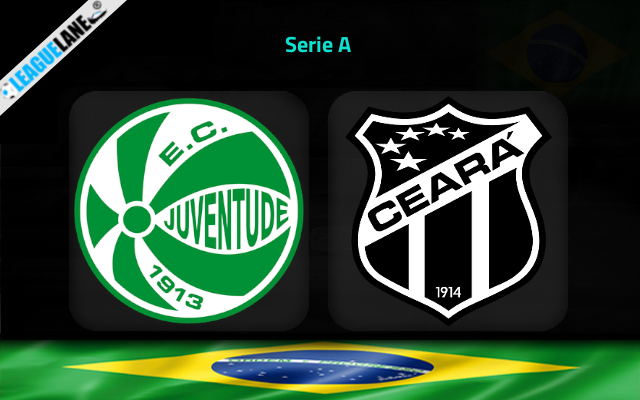 Juventude’s disappointing start remained the same further till now this season. Such a consistency pushed them down to the bottom position of the league table. They will be seeking a possible way to end up their ongoing dipping form to find a safer spot on the table.

The current form of Juventude is highly disappointing. Juventude hasn’t recorded a better outcome lately. They recorded a demotivating 4-0 defeat against Flamengo on the road in their most recent league fixture. With that defeat, they now following a streak of nine winless games in the league.

Four of that nine winless outcomes of Juventude is constituted from the home patch. They have lost three of those leaking two or more goals too. Such a poor run even at their safe patch wont be allowing them to have positive spirits.

On the other side, Ceara recorded a 1-0 win against Avai at home in their most recent league fixture. With that win, they are now following a streak of two winning games in the league. They will be hoping to extend it by sealing positive outcomes from upcoming outings.

Ceara is having decent form on road at present. They are unbeaten in seven of the past 8 on the road league outings this season. Their offensive and defensive line-up looks decent enough too.

Considering all the above stats, we are convinced enough to back Ceara to seal a win from this fixture against Juventude.