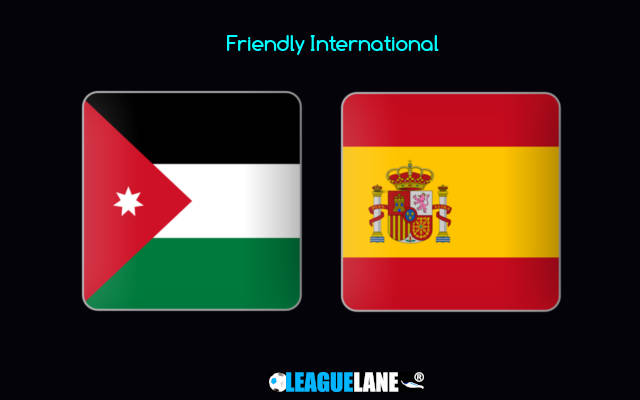 Spain will visit Amman on the way to Qatar as they are set to face Jordan in their lone test before the fixture against Costa Rica at the start of the World Cup.

There are no doubts Luis Enrique will use all of his available players across two halves of this tie against Jordan.

It is very hard to compare these two teams in general as the quality is obviously on Spain’s side.

However, we must say that Jordan did get off to a tremendous start to the Asian Cup Qualification campaign, winning all three games so far in Group A without conceding a single goal in the process.

Jordan saw off the likes of Indonesia, Kuwait, and Nepal with a goal difference of 6-0 in these three outings.

They were close to securing the third round of the Asian World Cup Qualifications as well, but eventually came only third in the group with Australia, Kuwait, Nepal, and Chinese Taipei.

It is worth noting, though, that Jordan have conceded only three goals in eight outings in this group, suffering the lone two defeats to the likes of Australia.

Spain, on the other side, topped their UEFA Nations League group ahead of the likes of Portugal, Switzerland, and Czech Republic, allowing just five goals in six matches against these counterparts.

Spain are huge favorites and we expect a strong approach form their players here in both halves. Luis Enrique will likely split his team and give every player a maximum of 45 minutes on the pitch on Thursday.

Since all Spanish players will be highly motivated to earn their spots in the starting lineups for the World Cup, we expect the visitors to claim a commanding win here. You can back Spain to win both halves at the 2.37 odds, while we will also go with Spain to win to nil at the odds of 1.61.