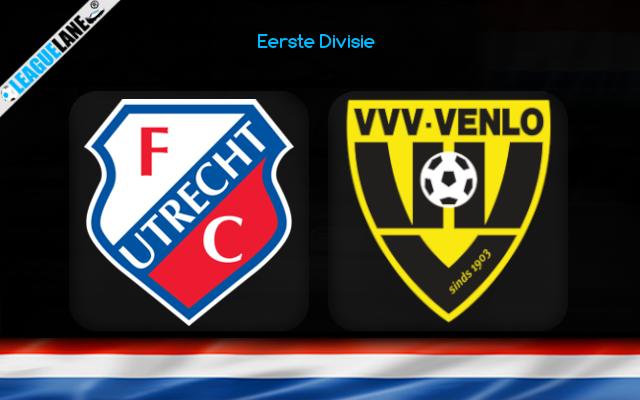 Jong Utrecht have recorded some impressive displays in the league lately. However, they have zero chances of entering the safe zone as they are currently 20 points away from it. With just one game left to complete which is scheduled at home, Utrecht might be looking for a possible way to deliver a pleasant display to the local supporters.

Utrecht recorded a 1-3 win on road against Telstar in their most recent league fixture. It was their fourth unbeaten recording in the past five league fixtures. Their current league outcomes is more than enough to have positive spirits for entering the final Eerste Divisie fixture this season.

VVV-Venlo are currently having an inconsistent form in the league. They have collected just four points from the past five league fixtures. Their poor recordings ended up the chances to find a safe zone spot in the league table.

VVV-Venlo recorded a 2-2 draw at home against Excelsior in their most recent league fixture.it was their 8th winless display in the past 10 league fixtures. Such a run wont be allowing them to have positive spirits for sure.

A negative display is the most often outcome for Jong Utrecht at home lately. They lost 8 of the past 10 league affairs at home. We can’t forget their recent league recordings while analyzing their poor home stats. The recent bettering is impressive in fact.

On the other side, VVV-Venlo is consistently inconsistent on road since the beginning of this season. They are winless in four of the past 5 league fixtures on road.

In that case, we are backing Jong Utrecht despite of their poor run at home. The recent recordings and the reverse fixture wins are the reasons behind backing the home outfits to seal a win against this VVV-Venlo outfit.