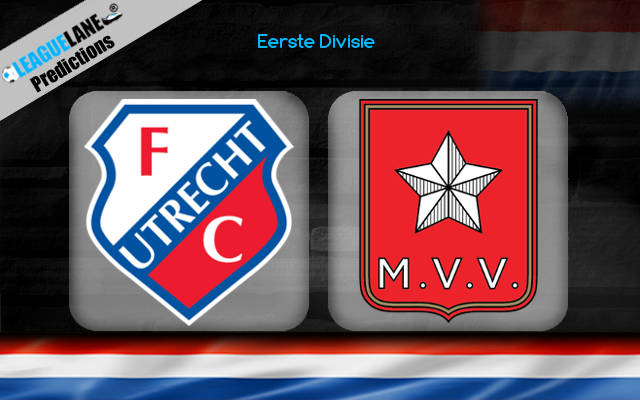 Jong Utrecht crashed heavily in the Netherlands Eerste Divisie last season. The reserves finished at the 18th spot on the table. They will play the host in the opening match of the new edition to MVV Maastricht on Monday for the three points at Sport complex Zoudenbalch.

The host had only one draw and two wins within their last ten matches in the campaign. They finished the previous campaign schedule with a two-game winless run, following a 2-2 draw on the road with Eindhoven last time out in any major competition.

On the other hand, the damage was much lesser for Maastricht the last term. The Sterrendragers finished in 11th place on the table last season. The visitor had only one defeat in their past five fixtures in the league and will visit on the back of a 3-1 win at home against the likes of Den Bosch.

Even though MVV Maastricht is eyeing a win in the opening game this season, there is a very rare chance to see a high-scoring affair in ninety minutes at Utrecht.

Jong Utrecht has lost their last six home matches in a row in the campaign. The host enjoys the ground advantage in the middle and has only won in their last four h2h clashes with the visitor.

Besides, the away team is in strong form in the league since last season. Hence, the double chance favoring MVV Maastricht will probably be the best bet.