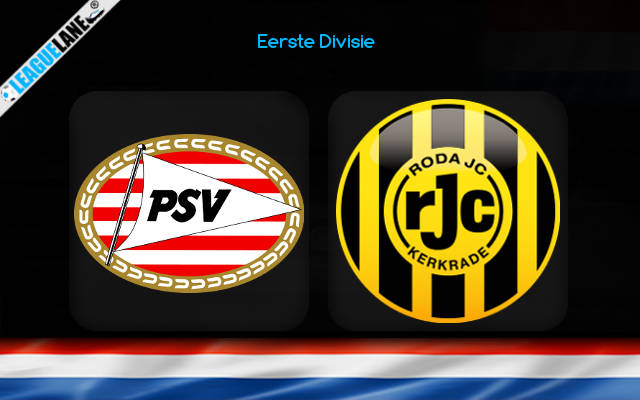 In game week 31 of Eerste Divisie, Jong PSV faces Roda JC for their next match on Friday at Eindhoven.

Roda JC played their last match against De Graafschap. De Graafschap couldn’t penetrate the defences of the opposition while Roda scored two goals in the match. The match ended with 2-0 FT score.

Roda JC has played well in their matches throughout the season and has lost in their matches only occasionally. The team currently has a three-game win streak going and they hope to keep the streak going. Their performance has placed the team in the upper half of the league table in the 6th position with 52 points to their name.

The host has shown inconsistency in their home matches. The team keeps their form for a couple of matches and then their form drops suddenly, leading to cold streaks. Roda JC’s away matches have achieved mixed results as well.

Looking at the records, the match is most likely to end in a win for Roda JC because they are the better performer of the two. Both teams have scored in their recent matches and can be expected to do so in this match as well, ending the match with over 2.5 goals.