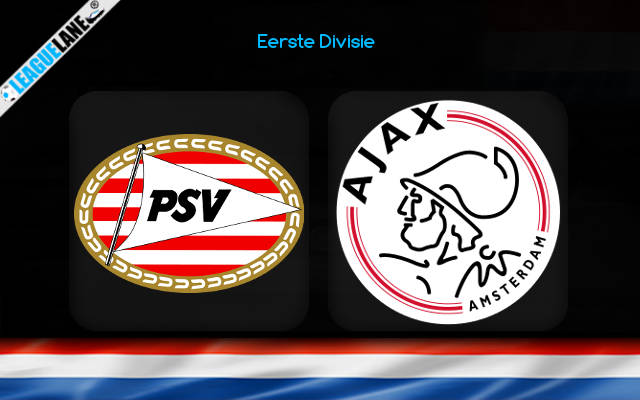 Jong PSV overtook Jong Ajax at the 10th position of the Eerste Divisie standings by beating Jong AZ 2-3 on the road on Monday.

These two mid-table neighbors and youth programs of massive Dutch heavyweight rivals PSV and Ajax will lock horns in the first game of Matchday No 18 on Thursday evening at Philips Stadion.

The hosts will naturally come into the game in much higher spirits after netting three goals in the away tie against the 7th-placed Jong AZ.

It was their second straight league win, the one that followed November’s home success against Jong Utrecht (2-1).

It was just Jong Utrecht who surprisingly defeated Jong Ajax in the previous round of Eerste Divisie, 1-2 on Sunday afternoon in Amsterdam.

It was the sixth loss of the season for Johnny Heitinga’s troops who did not look good defensively at all on the occasion.

This is certainly not a good sign ahead of the trip to Eindhoven and the clash with attacking-minded Jong PSV.

Heitinga will need to pay a close attention at 17-year-old winger Isaac Babadi who bagged two goals for Jong PSV in the mentioned victory over Jong AZ on Monday.

If you have the option to bet on the anytime goalscorer marker for this match, Babadi is our top suggestion.

There are goals in this game and backing a high-scoring scenario is the way to go here. Both teams fancy attacking-minded football and both do leak goals at the back.

Since the hosts will enter the tie in higher spirits, we will take Jong PSV to win & Both Teams To Score as the main pick at the odds of 3.75.