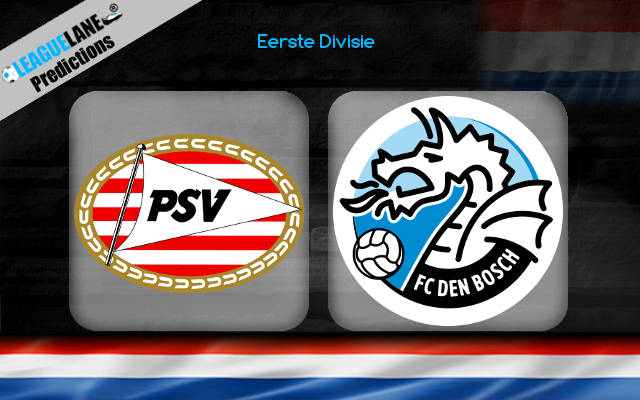 Despite scoring an early goal in the opening game, Jong PSV couldn’t hold on to that lead in ninety minutes. The PSV reserves will lock horns with Den Bosch in the upcoming clash on Monday at De Herdgang for the three points in the Dutch Eerste Divisie.

The host shared the spoils on the road with Dordrecht in the opening fixture this season. The PSV reserves are now winless in six consecutive games with four draws in it. They were in 14th position on the table in the league last season and have started the new term right where they left off.

On the other hand, Den Bosch is off to a great start in the league this term. The visitor started off with a 2-0 win at home against the likes of Helmond in the previous encounter. They were in 11th place on the table last season in the Eerste Divisie.

It is likely to see both teams in the scoresheet at Eindhoven on Monday. Jong PSV enjoys the ground advantage but has been winless in the last three home matches. Also, the host has dropped points in the opening fixture this season.

Furthermore, Den Bosch will have improved morale in the encounter after the opening win. The away team has lost four of their last five outings in the campaign. Hence, the double chance favoring Jong PSV will probably be the best bet.