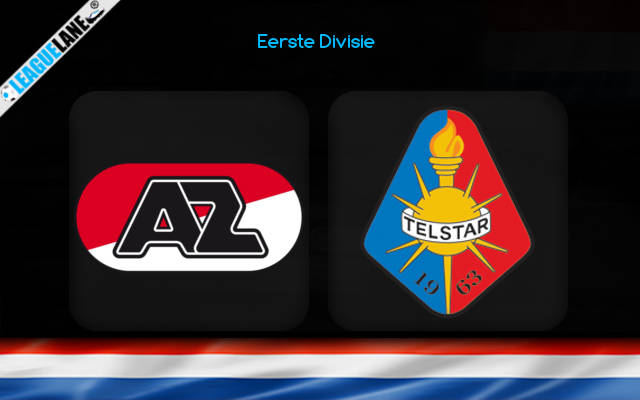 Jong AZ Alkmaar is on a pathetic state as of now, losing the last 5 games in a row. Their last win in the league came after a along run of 13 games without seeing a victory. Telstar couldn’t find a win in over the last 3 league matches, but won twice from the last 5 league schedules. With a game in hand, The White Lions will take a road trip to AFAS Trainingscomplex this Monday to take advantage of the hosts who are at a constant pressure as of late.

The White Lions are at the 13 spot on the standing with only 28 points from 26 games. They won only 6 times in the league while drawing and losing 10 matches each. They scored 28 in total while conceding a sum of 47 showcasing their far from perfect defense.

Previously, Telstar drew 2-2 in the Eerste Divisie tie with Helmond Sport. During their 6 previous matches, Andries Jonker’s men have turned their attacks into goals 6 times thus giving them a goals per game average of 1.

On the other side, AZ Reserves reside at the 17th position on the table with only 25 points. Of the 27 matches played, they won 7 games while drawing on 4 and losing on 16 other occasions.

Jong AZ’s fifth loss in a row came last week against Eindhoven last week. They have been scored against in 5 of their previous 6 clashes, letting in 10 goals in the process.

We feel that a win for away team will happen this Monday as the home side lost back to back games at AFAS Trainingscomplex. Also, Telstar remain unbeaten against this foe on all of their previous h2h encounters in addition to their previous 2 unbeaten games on road.