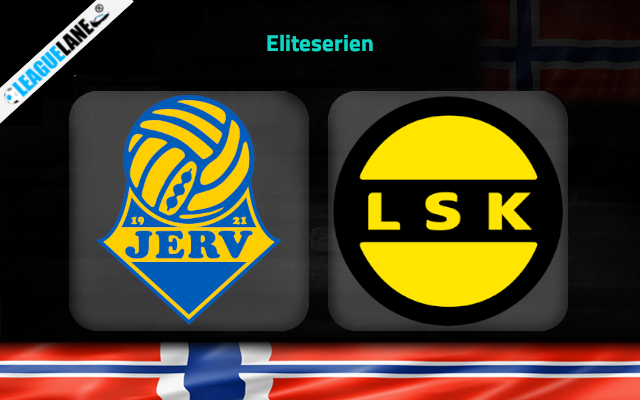 Jerv recorded a demotivating 3-1 defeat against Haugesund on the road in their most recent league fixture. In the recent five league fixtures, they follows a dreadful form as they lost all of them.

They will be desperate to seal a three pointer and will be hoping for it when they meet Lillestrom at J.J. Ugland Stadion – Levermyr the coming Sunday on matchday 18.

But, it is not that easy to outscore Lillestrom even if Jerv owns the advantage of home where they lost quite much lately. The Canaries have been going through an impressive consistent form this season. They are currently at the second spot.

Jerv, who is also second, but from the bottom side. They will be definitely less picked as a winner here considering their form and the opposition’s consistency in sealing positives.

A couple of defeats are seen in the collection of Lillestrom lately. Both were against Antwerp in a Europa Conference League qualification match-up which wont count much here. But, we can consider their competitive exposure to different first division outfits of recent.

Lillestrom have sealed a win thrice in the past five league outings. Their offensive side have scored two or more goals in all those three positive outcomes.

On the counterpart, we have a poor Jerv who have been recording negatives often at home. In the recent five home fixtures, they lost four leaking goals at a good rate.

On top of that, they follows a winless streak of six games in the league at present. Knowing that, we have enough of reasons to back the visiting Lillestrom side to seal a three pointer from this Eliteserien fixture against Jerv on the coming Sunday.