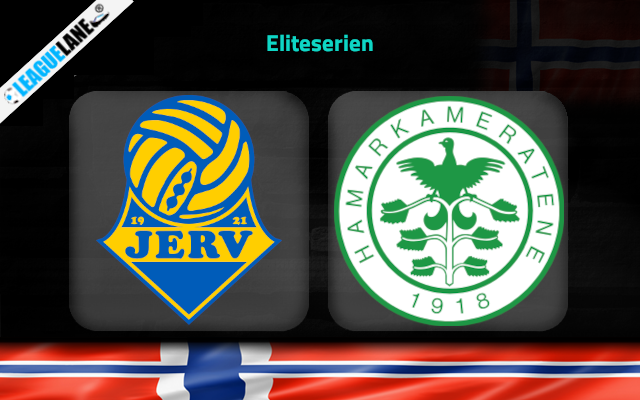 Jerv had an average start to this season by recording two wins and two defeats from their first 4 league fixtures. Instead of improving the above form, they turned dreadful by remaining winless since then to push themselves down to the relegation part of the table.

Jerv have been recording defeat at a constant rate. They lost 0-5 to Sarpsborg on road to wove a thread of four subsequent losing games in the league. With the above set of four defeats, they are following six winless games in the league at present.

Meanwhile, Ham Kam’s current position on the table might be perplexing. They are somewhat near to the danger zone of the table. But they have only lost twice of their 9 league fixtures so far this season. Still they fails to climb up to a better position only because of the spoils they conceded frequently.

Ham Kam recorded six draw from their 9 league outings so far this season. They were on a streak of five drawn games before facing Odd in their most recent league clash. However, they ended up the streak by recording a negative display in the past league match.

The home form of Jerv have never turned back to the back to back victories recorded by them in the beginning of this season. They have been winless since then at home and lost each of their past two league fixtures here leaking goals in a worrying rate.

On the other side, Ham Kam looks pleasant on road remaining unbeaten in each of their past three away league outings. Each of them were score draws but looks much better than the current home run of Jerv.

Analyzing the above stats, we are of the view that Ham Kam might end up sealing a win from this fixture when the referee blows the final.