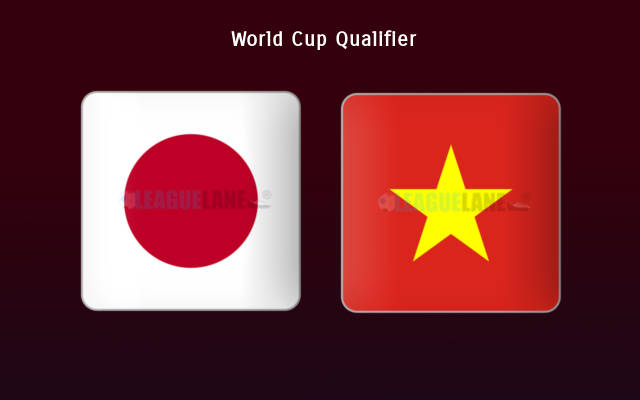 On Tuesday, the current Group B topper Japan faces the bottom of the table Vietnam in the winding up fixture of the Qualification stage fixtures at Saitama Stadium.

Japan will enter this match with highest of spirits. They will be considered favorites to seal a win against this Vietnam outfit who have been following a dreadful form since the beginning of this group stage fixtures.

Vietnam possess a worst defensive lineup and have leaked 18 goals of their total 9 fixtures. Their breaching defence have rejected many chance for them to record a positive display and currently they have only one win of the total 9 matches.

Meanwhile, Japan have the second best offensive side of this season. Their defensive side is so impressive, only leaking three of tehir total 9 group stage fixtures.

Facing a side like Japan who sits at the top with recording a positive display in most of their fixtures of late, we expect Vietnam to wind up their World Cup run with a zero pointer.

Japan are on the back of 6 subsequent victories. They have been also scoring goal at a good rate of late. One of those 6 straight wins were against Vietnam.

At home, Japan is currently on the back of three consecutive wins . They have scored two goals in each of those three fixtures and when they face a team like Vietnam we expect them to repeat the trend.

On the other side, Vietnam are winless in each of their past 3 on road fixtures. They have lost all their on road qualification fixtures. Knowing that, we back Japan to record a positive display.