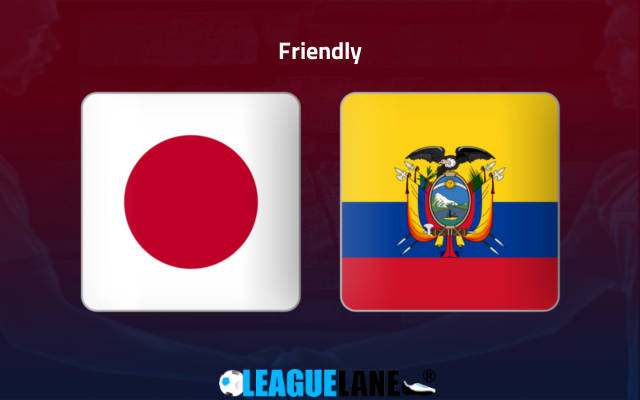 Japan are on fine form and they will be hoping that they can recreate their performance in the previous edition of the World cup. This Tuesday they will hope to register a victory against South Americans Ecuador, who are currently finding it hard to perform well on the road.

The Japanese received a bye to the Second Round of the Asian Qualifiers to the World Cup and there they absolutely were on fire. They won their group with a 100-percentage winning record and managed to find the back of the net an astonishing 46 times from just eight games.

It also deserves to be mentioned that they let in only two goals all through the campaign.

Then they progressed to the Third Round, where they competed against other group winners. And at the end of this stage, they managed to secure a second-place finish trailing just one point below the toppers.

They let in the least number of goals of all the teams in the group and they had a 100% unbeaten record barring just two losses.

And courtesy of their top-two finish, they secured a ticket to the World Cup.

Meanwhile Ecuador had to face intense competition in the comparatively tougher South American World Cup qualifiers. And it is impressive that they secured a 4th place finish, below the three previous World Cup winners Brazil, Argentina, and Uruguay.

However, their form recently has not been good at all and on top of that they have been on a poor stretch of performances on the road. Moreover, they also have a rather inferior head-to-head record against this rival over the years.

For the reasons expect a victory for the Japanese this Tuesday.

The Japanese were unbeaten in 13 of their previous 15 overall fixtures and in the process, they went on a six-game winning streak. Note that they also scored 11 goals from their past four match-ups.

On the other hand, they were winless in seven of their past nine fixtures, and they scored just one goal from their previous three match-ups.

In addition, they were winless in 13 of their past 15 road trips, and they even went on a three-match losing streak during this stretch.

Taking into account these observations, as well as past h2h clashes, expect a win for Japan this Tuesday.

Tips for Japan vs Ecuador