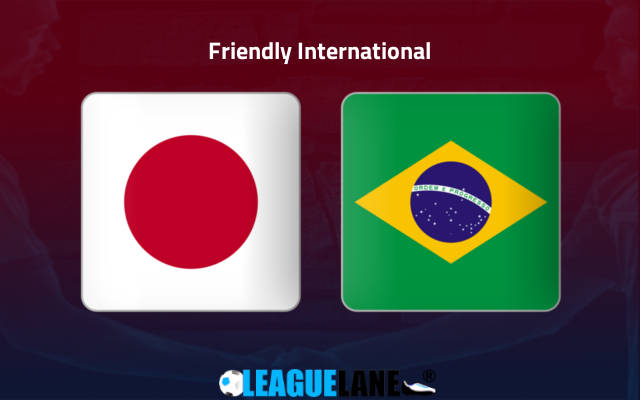 Japan have been enjoying an impressive run of late. They have succeeded in recording enough of positive outcomes in the qualifier match-ups to find a spot with the outfits travelling to Qatar. They ended up in the second position of the qualifiers Group B just behind Saudi Arabia.

Japan recorded a 4-1 win against Paraguay in their most recent outing, in a friendly fixture at home to wove a thread of eight unbeaten games in a row. Seven of them were motivating positive outcomes too. Therefore, they will be having highest of spirits to enter this friendly fixture.

Meanwhile, Brazil is having a form in which only top FIFA outfits can display a competitive game. They are possessing an outstanding form and were the first among other South American outfits to claim a Qatar World Cup spot. Their defensive and offensive line-up also looks strong.

Brazil sealed a 1-5 win against South Korea on road in their most recent outing to wove a thread of 12 subsequent unbeaten games. Their last negative display was recorded against Argentina in the final battle of the previous year’s Copa America.

Japan follows a streak of five unbeaten home matches at present. They won four of those scoring two or more goals. We can also see them recording positive displays before their recent six home outings in a consistent rate.

On the other side, Brazil have been recording unbeaten outcomes against top South American outfits with ease on road. Also, their overall form looks demolishing. Adding that up with their strong head to head form against Japan, we can easily back Brazil to end up claiming another win here.