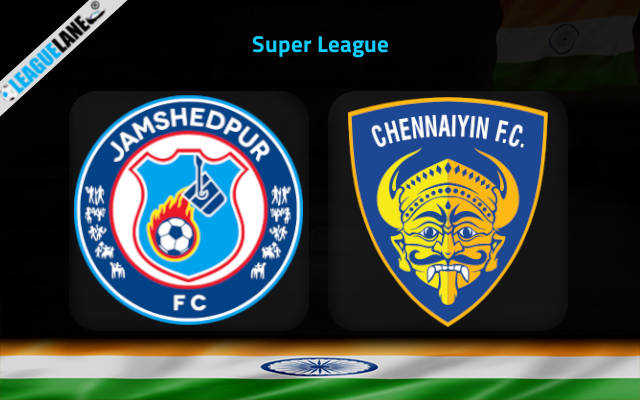 Jamshedpur FC and Chennaiyin FC looks to get back the winning momentum on Sunday at JRD Tata Sports Complex.

Chennaiyin FC won one drew two and lose two in their last five league matches but such a run will count for little against Jamshedpur. The hosts are currently fourth in the league. They ended up in a draw against Kerala in the last match.

Chennaiyin faced a defeat against Blasters in their last league match and falls own to 6th from 4th which benefited Jamshedpur to occupy fourth position after they collected one point from the last match.

Some of the recent set backs have affected the season of the Machans. They are 6th in the table after 7 matches and are two points shy to the hosts.

On the other hand, Jamshedpur, are unbeaten in their last three games. They are 4th in the table after 8 matches and are three points behind toppers Mumbai. A win is a must for them to reduce the points between the top flight teams.

They are unbeaten at home but conceded goals from the other end in two of these games. While the visitors are having a better form on road winning two out of four away fixtures this season.They have managed to score in three of these games.

Chennaiyin should have enough to put one past this Jamshedpur side, although just one goal might not quite prevent defeat.