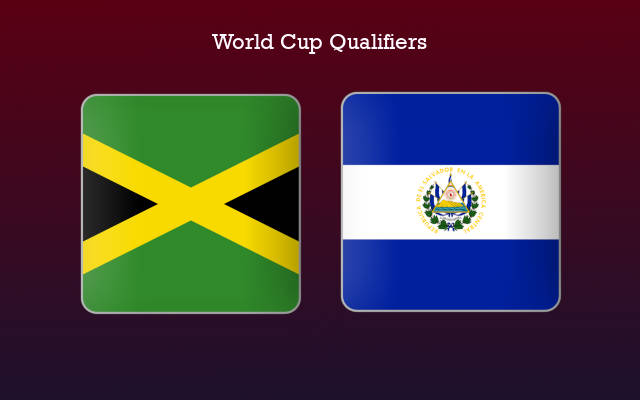 Jamaica has been losing the last 3 fixtures in a row and are second from the bottom in the Third stage of CONCACAF. They did not win any of their last 5 matches in WC Qualifiers and they are still to gain a win at home ground. El Salvador have found the going extremely tough on their top-flight travels as of late, with only a single win on road in the competition. The two sides are set to meet at Independence Park in Kingston, where the Reggae Boyz will be hoping to turn the tables this Thursday.

Jamaica is in the second last position with only 7 points from 11 games. They won only once while drew on 4 and lost on 6 other occasions. They lost the last 3 games in a row while having not seen a win since the last 5 matches.

Reggae Boyz lost the last 3 CONCACAF WC qualifier games against Mexico, Panama and Costa Rica conceding a total of 6 goals. They have won only once from the last 14 games across all venues and coach Paul Hall declared that the team is now on a rebuilding phase.

El Salvador resides just above them with 9 points. Of the 11 matches played, they won only twice while drawing thrice and losing on 6 other occasions. Over the course of their last 11 away matches in WC qualifiers, La Selecta netted under 2.5 goals, so achieving consistency has not proven too difficult on this particular front.

They lost their last away fixture by 2-0 to Canada. They have not made the start that they would have been hoping for and to get into the grandest stage of them all is still sidelined.

Jamaica won 5 times in their past 10 meetings with El Salvador. With that h2h dominance at this level and their previous home record with 9 wins of their previous 14 home games, they have more chance to win this local derby.