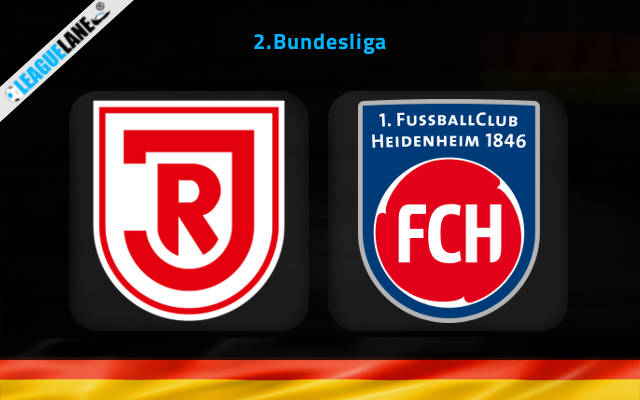 Regensburg played their last match against Dynamo Dresden. Both teams scored one goal each, ending the match in a draw with 1-1 FT score.

Heidenheim similarly has played poorly in their matches recently. The team has not secured a win in the last four consecutive matches. From the last ten matches, the team has got two wins, three draws and five losses. With their current standing, they too have secured a position in the 2. Bundesliga next season.

Heidenheim played their last match against Fortuna Dusseldorf. Fortuna scored three goals in the match while Heidenheim could score only one, ending the match in a loss for Dusseldorf with 1-3 FT score.

Both Regensburg and Heidenheim seem to have a bit of trouble with their form in the matches. Both teams are winless in over four of their latest matches.

Even Regensburg’s home matches have not brought in the results they had hoped for. They have only two wins to show from the last ten home matches. Heidenheim, similarly, has not had a win to their name in the last seven away matches.

Jahn Regensburg’s number of draws in the recent matches needs to be taken into consideration. With their current performances, the match can be expected to end in a win for Regensburg or in a draw. We can also expect both teams to score in the match as well.