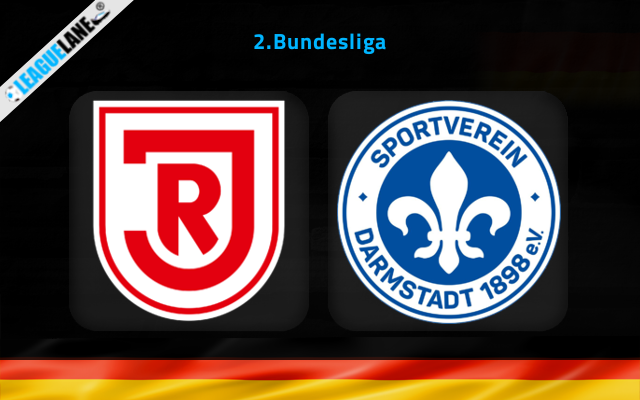 The past 2.Bundesliga season wasn’t that impressive for Jahn Regensburg. They had a dreadful run throughout the season. As a result, they were pushed down to the verge of the relegation picture escaping it with the difference of just a position on the table.

Jahn Regensburg ended up the past season with a thread of seven winless games. Outfits like Dynamo Dresden, Aue and Ingolstadt saved Regensburg from getting relegated by recording much dreadful displays than that of Regensburg’s. Hence, they will be hoping for a much better display this season.

Meanwhile, Darmstadt had an impressive run throughou the past season. They were so unlucky to not have the promotion as they were pushed to fourth with the better goal difference number Hamburger possessed. The negative point for them was 10 negative displays which affected their points.

Darmstadt will be hoping to claim a top spot at the end of this season. They will be aiming for a positive outcome from the very first fixture itself and to maintain it further in the league to remain consistent. Therefore, the opening match for them this season with Jahn Regensburg will be an interesting affair.

The recent home form of Jahn Regensburg is not that impressive. They were having a winless streak in the past season. Their friendly outings here were also received inconsistently.

On the other side, Dramstadt won each of their pre season friendly outings on road scoring goals in a heavy rate. They had an average form on road at the end of the past season too.

On top of that, Darmstadt is having a decent form in the head to head meetings with Jahn Regensburg of late. In that case, we back Darmstadt to seal a win from this outing.