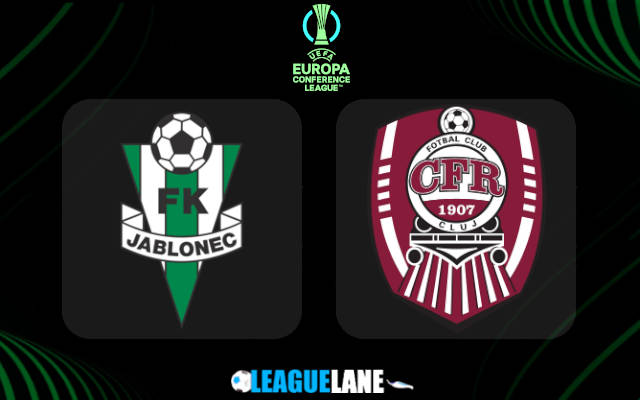 Jablonec take on Cluj at the beginning of the maiden UEFA Europa Conference League edition on Thursday evening at Stadion Strelnice.

Jablonec have had some pretty weird European campaigns in the last several years.

They went from playing the UEFA Europa League group phase in 2018/19 (4th place in the group with Rennes, Dynamo Kyiv, and Astana) to early eliminations in the second qualifying rounds in the following two years (to the likes of Armenian Pyunik and Slovakian DAC Dunajska Streda respectively).

This summer, they conceded seven goals over two legs of the third qualifying round for the Europa League against Celtic only to bag as many as eight goals in two superb wins over Zilina in the Conference League playoffs.

Nonetheless, the head coach Petr Rada can by no means be satisfied with his team’s form at the start of the season in general.

Jablonec occupy the 11th position (out of 16 teams) after 7 rounds of the 2021/22 campaign in the elite class of the Czech football.

They only clinched the second win of the campaign last weekend, barely edging past strugglers Karvina 1-0 on the home patch.

Cluj have been doing much better in their domestic league. They are still four points clear at the top of the standings despite losing 1-0 at Botosani on Saturday.

These two sides did not have a chance to come across each other in the past.

Jablonec have really been struggling to perform at the start of the new season. They only won two of seven Czech Liga games and the elimination of Slovakian Zilina in the Conference League playoffs is their highlight of the summer.

On top of the form, Cluj also have experience on their side and we see them as the favorites to snatch the victory in the group stage opener for a reason. The away win is paid at the 2.37 odds.