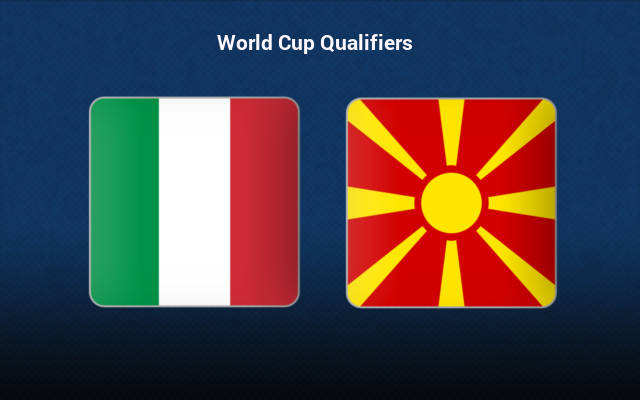 Almost all of the world will have their eyes glued to this section of the qualification campaign. Two heavyweights battle it out for a single ticket to the World Cup.

To put it precise, the past two champions of Europe (Portugal and the Azzurri) are on a potential path to a playoff final between them.

This Thursday at the Stadio Renzo Barbera, reigning European champions Italy will face off against minnows North Macedonia in the playoff semis.

It goes without saying that the Italians are massive favorites here. And they will be eager not to spent all of their energy here as well, as the real battle will take place in the final.

It also needs to be mentioned that they have enough manpower and experience to come through unscathed in this First Round fixture, against the comparatively inexperienced Macedonians.

Italy are the reigning champions of the UEFA Federation, and they had defeated England in the Final, in England. It would be unwise to think that the Italians are under pressure.

They would be just eager to get things going, and thus build momentum for a potential final against Portugal.

Meanwhile, North Macedonia face the arduous task of beating four-time world champions Italy, in front of their passionate crowd. Moreover, they also have a rather poor h2h record against this foe over the years.

Taking into account these observations, expect the determined Italy to deliver a convincing win this Thursday at home.

Tips for Italy vs North Macedonia