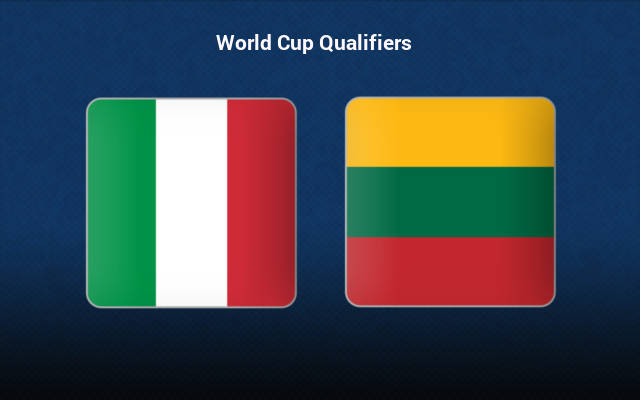 The Italians are the current European champions, and they are the best team in the group as well – by a long margin. Meanwhile, Lithuania are the worst of the lot, and are placed dead last in the table. By all means, anticipate a win for Italy this Wednesday at the Mapei.

Italy are ranked 5th in the world by FIFA, while their opposite number are placed 134th. The Azzurri are now preparing to go after the Nations League title, and they will also be eager to lift the World Cup in Qatar next year.

In the meantime, Lithuania are going through a long losing run, and are conceding goals in huge numbers. They are placed bottom-most in the group as expected, and have conceded the most, as well as have scored the least.

By the looks of things, expect a win for Italy this game week.

The Italians were held to a goalless draw the last match-day by Switzerland. In the meantime, Lithuania lost 1-0 on the road against Bulgaria.

Going on, Italy are on a 36-fixture unbeaten run, that stretches back to September of 2018, and in the process, they had also gone on an 11-game winning run. They are also the reigning European champions, and have set sights on the world title as well.

On the other hand, their opposite number are one of the worst teams in the world, and they are on an eight-game losing run.

Taking into account these observations, and especially the h2h stats over the years, expect a win for Italy.