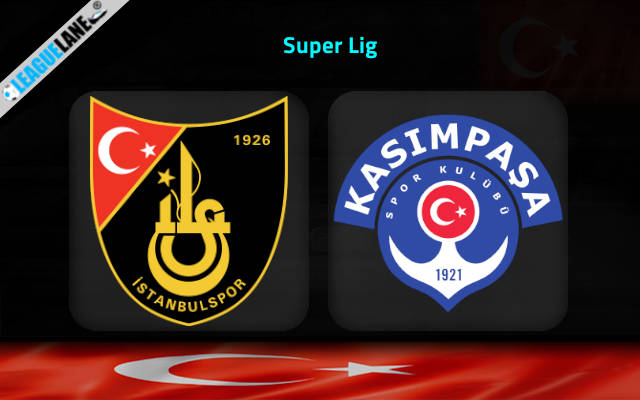 Istanbulspor vs Kasimpasa Predictions and Free Tips from our expert tipsters when the teams go head-to-head in Super Lig on Wednesday, 28 December 2022.

Istanbulspor have hit rock bottom this season. There are on a seven-game losing streak in the league and are just one point above the foot of the table. Till now they have lost more than 70% of their league fixtures.

At the same time, Kasimpasa lost to Sivasspor by 2-1 recently. They have improved their away form as they are unbeaten in their away trips since September.

Both teams will go head-to-head after a period of more than ten years. The visitors remain unbeaten in the last two fixtures against this team. This is going to be the third time both teams will play against each other at Necmi Kadıoğlu Stadyumu.

Who will win the match between Istanbulspor and Kasimpasa?

Kasimapsa have a better chance to win this fixture. The main reason is that Istanbulspor have lost most of their league game this season. Moreover, they have not won this fixture at Necmi Kadıoğlu Stadyumu in the last fifteen years.

We can expect over 2.5 match goals combined. The main reason is that the previous record shows that in the last two overall meetings at least three goals have been scored combined.

Both teams have scored every time they have played against each other. Therefore, we can expect them both to find the back of the net this time as well.

The visitors are unbeaten against this team since 2006. Not only that, the last time the host won a league fixture was over two months ago. Therefore, the first tip is that Kasimpasa will win this game– the odd for this tip will be at 2.37 odd.

Our second tip is that Over 2.5 goals with both teams to score– at 1.90. The last three encounters ended with a combined total of fourteen goals being scored.