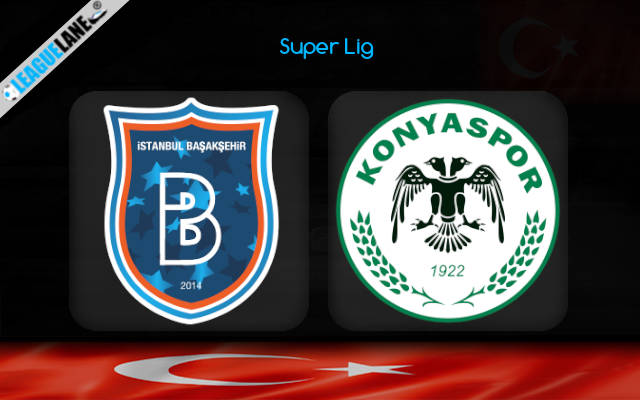 In game week 21 of Super Lig, Istanbul Basaksehir faces Konyaspor for their next match on Saturday at Istanbul.

Basaksehir has not moved from the third place on the league table. With a draw against Alanyaspor in their last match, the team’s point has increased. They now have 34 points from 20 matches. The match ended with 1-1 Ft score.

Basaksehir has exhibited their best performance when it comes to home matches. They have played ten away matches so far and have a 5-game unbeaten streak going on at the moment. Basaksehir has won in seven of the matches as well. They played their last home match against Giresunspor, in which the team won after scoring three goals and the opposition could score only one.

Konyaspor stays in the second position on the league table with 39 points from 20 matches. They played their last match against Sivasspor, which ended in defeat for Konya with 0-1 FT score.

With the loss in the last match, an 8-game unbeaten streak of Konya was broken. From the beginning of the season itself, the team has occasional losses which would break the streak the team had going on at that time. They have also scored in eight of their last matches as well.

The second and third placed team are only 4-points away from each other. The match will surely be a tight one and both teams will look for a win. They have performed well in their recent matches. Even if Konyaspor has lost I the last match, their records this season show they can hop back into form in the next game itself.

Istanbul Basaksehir has the advantage of playing in their home ground where they have performed well in their last matches. The match is likely to end in a draw or in a win for Basaksehir. Both teams have scored in most of their matches and will continue to score in the next match as well.