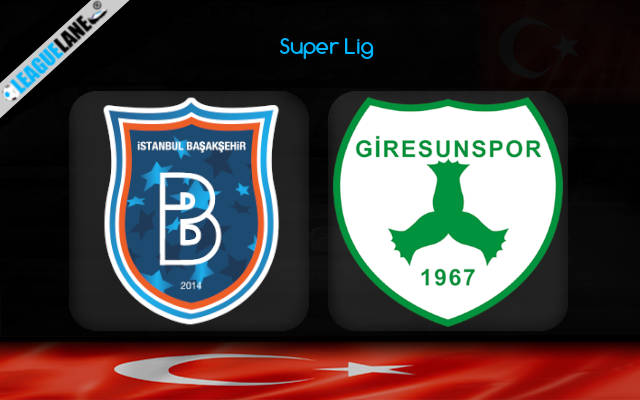 In game week 18 of Super Lig, Istanbul Basaksehir faces against Giresunspor this Tuesday at Istanbul.

Istanbul stays third on the league table after their draw in the last match, increasing their point to 29 points. They faced against Galatasaray in their last match, which ended in a draw after Mostafa Mohamed of Galatasaray scored an equalizer on the 87′-minute. The match ended with 1-1 FT score.

Giresunspor has moved up the table after their last match to the 12th position with 22 points. Their last match against Altay ended in a win for the team after the team scored three goals, while the opposition scored only one goal. The match ended with 3-1 FT score.

Istanbul has a chance of promotion to the Europa Conference League if they keep up their position on the league table. The team has 9 wins, 2 draws and 6 losses so far in the season. They are on a 9-game no-loss streak with wins in 7 of the matches.

After two consecutive losses in their home ground, in the beginning of the season, the team has kept an unbeaten streak in seven consecutive home matches with only one draw in these games.

The team has also scored two or more goals in the matches they have won in their home ground. Their last home match against Kasimpasa ended in a win for the team with 2-1 FT score.

Giresunspor has secured 6 wins, 4 draws and 7 losses currently in their league matches. After the loss against Adana, their unbeaten streak was broken.

After a poor start in the beginning of the season, the team has worked very hard to be in their current position. They got their six wins from the last ten games and has scored 3 or more in the winning matches from last five games and scored goals in both halves.

The team has only two wins from their eight away matches. Their last away match against Adana ended in a loss with 1-0 FT score also ending a 4-game no-loss streak in away matches.

Both teams have given their opposition difficult time in their last matches. The match will be tight and both teams can score goals. However, Istanbul has a more chance of winning in the upcoming match.