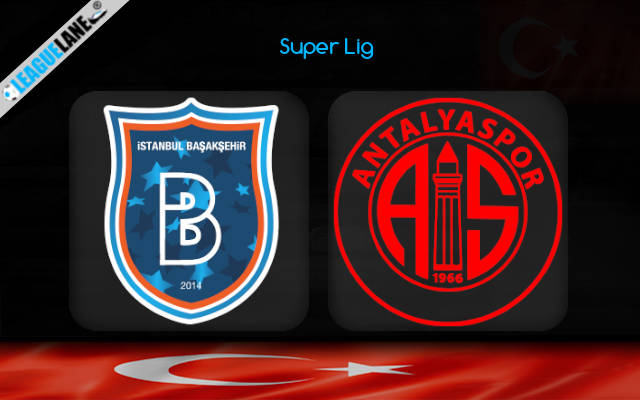 Game week 29 of Super Lig brings us the match between Istanbul Basaksehir and Antalyaspor on Sunday at Istanbul.

Istanbul Basaksehir played their last match against Besiktas, in which both teams scored their goals one after the other, ending the game in a draw with 2-2 FT score.

Antalyaspor played their last match against Sivasspor. Antalyaspor scored a goal in the last minutes of the first half and maintained their lead in the second half. The match ended in a win for Antalyaspor with 1-0 FT score.

Istanbul Basaksehir has played well in their matches. However, the team has had some trouble with maintaining their form recently. The team currently has not won in their last two matches. Basaksehir sits third on the league table with 47 points from their matches so far.

Istanbul will look to get back in form after their inconsistency in the recent matches. The team is winless in their last two matches and hopes for a win in this match to make up for their loss. Antalyaspor has also shown an inconsistency in their form throughout the season. Their form can dip at any time, which will be a disadvantage when facing a team, such as Basaksehir.

Basaksehir played well in their home matches and have lost in only a few. From the last five home matches, the team has scored in all of them as well. Antalyaspor’s away matches have not produced the results the team had hoped for. The team has found wins in only two of their road trips till now in their league matches.

Looking at the records, I believe the match will end in a win for Istanbul Basaksehir. Both teams have scored in most of their recent matches and can be expected to score in this match as well.