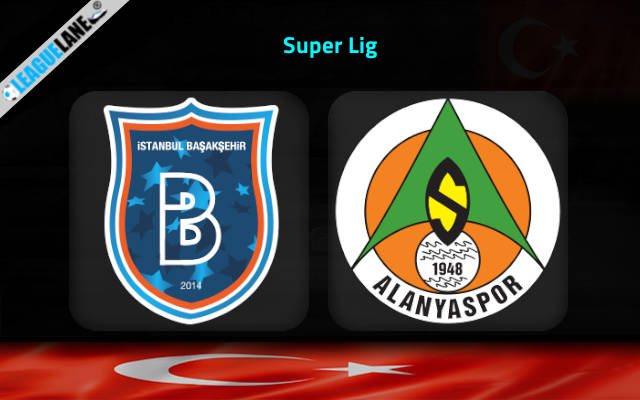 Istanbul and Alanyaspor had good campaigns the last season in the Turkish top flight. The teams had secured top five-finishes respectively and once again their objective will be to gun for a spot in the top-most tier.

The previous season the two teams were separated by just a single point at the end of the campaign. However, Istanbul managed to secure an entry into the Europa Conference League while their counterparts for the day had to settle for nothing.

Likely Alanyaspor will be determined to turn around their fortunes this time around. They also do realize that Istanbul will be a direct rival for them in their quest to secure a ticket to Europe.

Going on, it appears that both teams have managed to leave their mark in previous head-to-head clashes over the past seasons.

And judging all these observations it is expected that goals will come from either end of the pitch this weekend.

Basaksehir are on a 20-game unbeaten run and in the process, they had gone on four separate two-fixture winning streaks as well as another four-match winning stretch.

Moreover, they had also scored a total of 10 goals from their past four appearances in front of their home crowd. In addition, it’s been more than five months since they were defeated at this venue as well.

On the other hand, Alanyaspor were unbeaten in 9 of their past 10 fixtures and in the process, they had gone on a four-game winning streak as well as another two-fixture winning stretch.

Moreover, they have failed to find the back of the net away from home just once since November as well.

Considering these observations expect a high scoring thriller this weekend.

Tips for Istanbul Basaksehir vs Alanyaspor