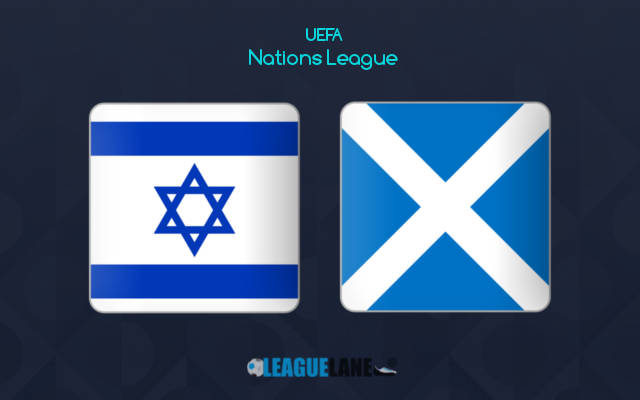 Having lost their hope for promotion from League B this season, Israel will concentrate on not getting relegated this season. For that, they will have to win the Wednesday clash against the table-toppers or hope for Slovakia to lose their final game in the UNL schedule.

Scotland is leading the Group 2 table in League B with 10 points from their five appearances. The 1-0 loss on the road against Slovakia last time out in the UNL schedule was their first loss in the group schedule this season in the League B campaign.

Israel has only one win in their last five matches in the schedule, and that too was against the weakest side in the mix. Besides, the host has no chance in the game when they are facing the table-leaders in the UNL. Also, the visitor has been unbeaten in their last three h2h meetings.

Since their recent two meetings resulted in draws, it is likely to see the home team have some kind of leverage in the game. The ground advantage and their unbeaten streak at home against the visitor in the h2h meetings will be the key factors backing them in the game.

However, Scotland is in a better form in the UNL fixtures. With their decent form on the road, they will not have many worries in the middle. Since three of their last four outings confirm a shaky defense with consecutive goals conceded in it, the tip for BTTS will probably come in handy for the clash.

The double chance favoring Scotland will probably be the best bet to yield decent returns considering the away team’s performance in the campaign so far this season.