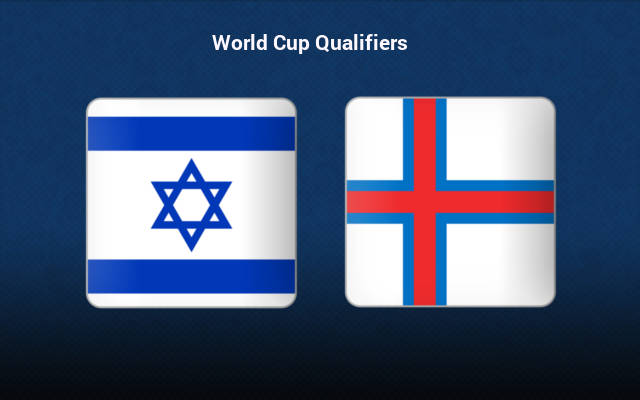 Judging how the ninth match-day goes, Israel might or might not need this win. But against Faroe Islands, one of the worst teams in the world, they surely are the huge favorites.

And even if they do not need the points, the team would want to finish off their campaign on a great note – especially at home.

Faroe Islands are already out of contention for the qualification spots, and at this point they remain in the competition to fill the roster, and if possible to gain some experience.

They are placed second to last in the table, and so far have managed a total of just four points from their eight games. They have also scored the least number of goals in the group, and have conceded the most – with the exception of the dead-last placed Moldova.

Moreover, they had lost 0-1 at home against Scotland in their latest fixture, and they had also lost seven of their preceding nine games.

They were also winless in 11 of their past 13 matches, and they have a single win on the road since October of 2016. Note that this sole victory had come against another minnow – Andorra.

On the other hand, Israel registered a 2-1 win at home against Moldova. They had also won five of their last eight fixtures, and they had remained unbeaten in six of their former nine games.

At home, they have been unbeaten since March of 2021, and their only home loss this whole year had come against toppers Denmark.

Furthermore, they have a combined scorecard of 7-3 from their last two home appearances, and only once have they failed to find the back of the net on homesoil in the last 16 matches.

Moving on, the first-place in the group has already been taken by the Danes. And the race for the second position is on between Scotland and Israel.

Suffice it to say, Israel will go all out in this final qualification fixture, which is at home, and will try to secure a good win.