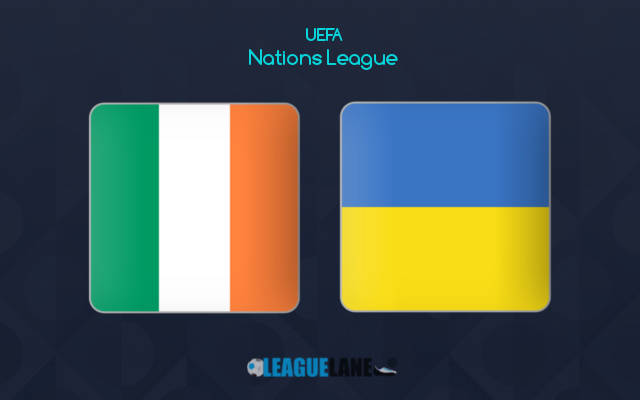 Ireland is set to host Ukraine in a match of League B in Group 1 at UEFA Nations League. They will be locking horns this Wednesday at Aviva Stadium in Dublin.

The Irish side will be wanting a better result here following the 0-1 Nations League losing effort in their last game against Armenia. They played two 2022 FIFA World Cup qualifiers losing 3-2 away to Serbia before losing at home 1-0 to Luxembourg.

Ireland then ultimately fail to qualify for the World Cup as they ended the campaign with a third-place finish in the group. The hosts have been stingy, resulting in the number of goals that have flown into the back of their net over the course of their previous 6 outings stands just 3.

On the other side, Ukraine’s best performance in the UEFA European Championship was in 2020, where they reached the quarter-finals for the first time. The visitors faced Scotland in the Group A World Cup Playoff semifinals which has been postponed in March to June after Russia invaded the country in February.

They won that game by 3-1 at Hampden Park, but ultimately lost by 1-0 to Wales in an emotional playoff final, thus slipping the chance to play the game in the grandest stage of fall. They have a shaky defense and they have seen getting scored against in 5 of their last 6 matches, conceding 5 goals in total.

These two sides have never crossed paths each other and this will be their first ever meeting.

Ireland lost only once from their last 9 games played across various tournaments. They have been enjoying playing at home lately with the side been on a 6-game unbeaten run at home. The hosts having failed to qualify for 2022 WC will now hope to move forward in the UNL.

Meanwhile, Ukraine snapped their 12-game unbeaten run previously against Wales. They have not exactly been pulling up any trees in terms of excitement recently, with seven of their last eight matches at the top table of Russian football delivered just 2 goals or fewer.

We therefore feel that a home win is likely to occur this Wednesday considering their impressive home form.