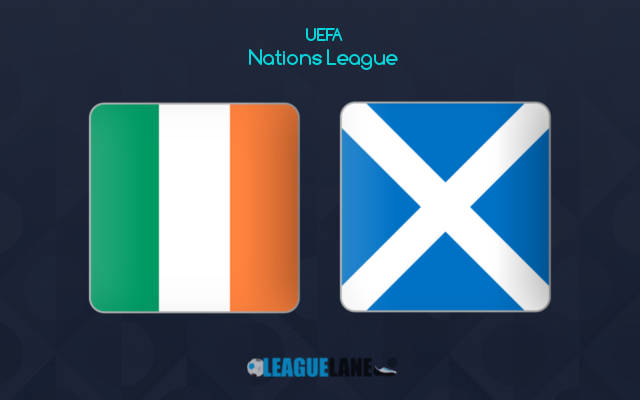 Ireland is set to host to the visiting Scotland in a match of League B in Group 1 at UEFA Nations League. They will locks horns this Saturday at Aviva Stadium.

Ireland will be hoping for a better result following a 1-0 Nations League loss in their previous game against Armenia. They are now at the bottom of the group in the relegation area with no points. This fixture will be followed after their clash against Ukraine which is scheduled on June of 8th.

The Irish have given the opposition little, resulting in the tally of goals that have gone past their goalkeeper during their previous 6 matches stand just 3. They played two World Cup qualifiers losing 3-2 away to Serbia before losing at home 1-0 to Luxembourg thereby failing to book a ticket to Qatar.

On the other side, Scotland will first face Armenia in their opening fixture of the Nations League and then they will be seen battling with the Irish. Following on from a losing effort in their last game against Ukraine in World Cup qualifiers competition, The Scottish will be hoping to turn things around here.

In their previous half-dozen outings, Scotland have amassed a total of 9 goals. They have also scored in every single one of those games. Over that period, they’ve seen 6 goals go into their own net indicating their defense need to be strengthened.

Ireland lost only once from their last 9 games played across various tournaments. They have been enjoying playing at home lately with the side been on a 6-game unbeaten run at home. The hosts having failed to qualify for 2022 WC will now hope to move forward in the UNL.

Meanwhile, Scotland are on a 4-game unbeaten run on road across various tournaments. But they have not secured a win against this home side since the past 3 h2hs when they played it on road.

By the looks of things, expect a draw or victory for Ireland this Saturday.