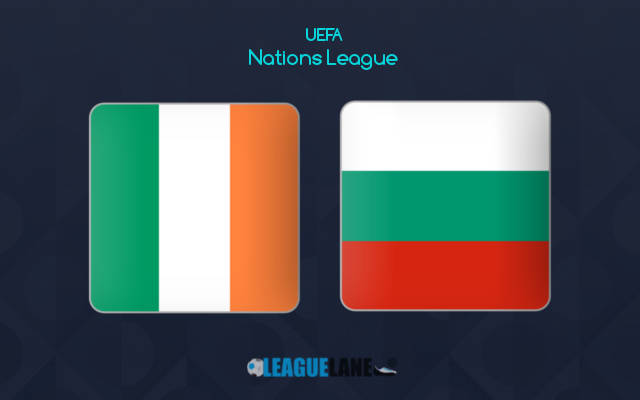 Winless in the group so far along with Bulgaria, Ireland doesn’t pose a huge threat in the middle. The host has picked up 2 points from their 5 clashes and will try to avoid relegation to League C in UNL. They are on a two-game losing streak, following a 1-0 loss on the road against Wales in the last league clash.

Bulgaria is at the ultimate bottom of the Group 4 table this term with just 1 point so far. They still have a chance to avoid relegation with a win against the host. But with a four-game losing streak and visiting after a 1-2 loss at home against Finland, the away team has little to no chance in the fixture.

Ireland has been unbeaten for the past eight clashes in their schedule across all major competitions including the Euro Cup fixture. They are on a three-game losing streak overall and haven’t scored a goal in their last six games in the schedule.

The host enjoys the ground advantage and since their last three matches were on the road, returning home brings hope to the Irish dugout. Besides, they have lost only one of their last five home matches in their overall form.

The match is sizing to be a tight encounter but with at least a couple of goals. Hence, the tip for over 1.5 goals will probably be the best bet for the punters. Furthermore, the double chance favoring Ireland will probably be the ideal choice regarding their ground advantage in the game.