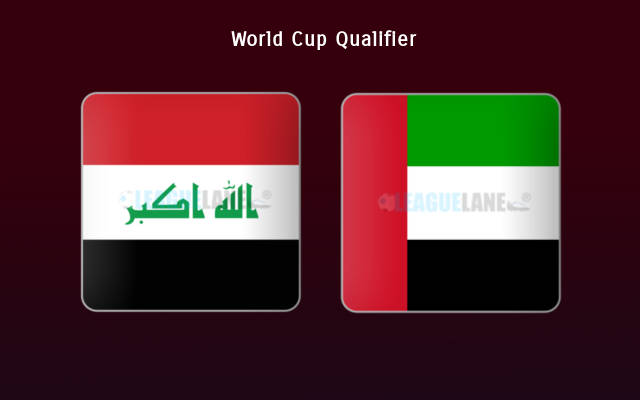 This has to be one of the most one-sided rivalries in the World Cup 2022, with United Arab Emirates enjoying four consecutive victories over Iraq as part of a 17-match unbeaten run against their near neighbors in the top-flight. Iraq has been without a win since the last 9 World Cup Qualifiers and are yet to mark their first victory here. The two go h2h this Thursday at Al-Madina Stadium in Baghdad where UAE will be hoping for a win after their previous loss.

United Arab Emirates is at the 3rd spot on the Group with 9 points from 8 games. They won twice while drawing and losing 3 times each. They scored and conceded a sum of 6 which shows some room for improvement at both ends is needed.

The visitors lost their last game at the hands of Iran by 0-1 ending their scope for third consecutive win. They are in the zone for promotion to WC Fourth Stage as Iran and South Korea has already been qualified from the group.

Iraq resides at the 5th position on the table with only 5 points. Of the 8 matches played, they won none of them while drawing on 5 and losing on thrice other occasions.

The hosts drew by 1-1 against Lebanon after their 2 losses in a row. Under 2.5 goals have been netted in 14 of the previous 17 Iraq home matches in the World Cup 2022, so the fans have had to put up with both a lack of entertainment and poor results.

Given that both teams have found the net in just one of the last 9 league games involving Iraq, any deviation from this script would come as a bit of a surprise. We feel that a win for the visitors or a draw is likely to occur as the hosts are in a state to give up everything at their arsenal to secure their first win while the visitors are desperate to get through the last available spot.