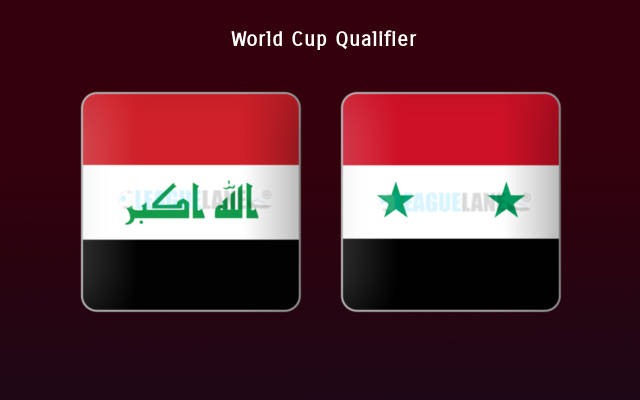 Both Iraq and Syria are placed bottom-most in the Group A table, and each passing match-day, their chances of making it to Qatar are reducing.

A win is an absolute must for either in order to keep hopes alive, and as such expect a fierce encounter this Thursday. The inference is that we are about to witness a high-scoring affair at the Thani bin Jassim Stadium.

Iraq were held to a 2-2 draw the last match-day on the road by United Arab Emirates. They are also on a five-game winless run, and are placed second to last in the table with just three points against their name.

They are completely winless in this Third Round of Qualifiers, and have conceded the second-most number of goals in the group.

Meanwhile, Syria lost 2-3 against Lebanon in their latest fixture, and they are placed bottom-most in the table. They have a total of just one point against their name, and have conceded the most number of goals of all the teams in Group A.

Suffice it to say that these two are the worst of the lot in the Group.

And this opens up an interesting scenario. Not only are both teams desperate for a win, but this is a rare instance where either squad is not a massive underdog. Usually against the other teams in the group, neither Iraq, nor Syria would stand a chance.

However, this time around, both have the chance to secure three points, and we can count on them to go after it this Thursday.

Moreover, before the Third Round of Qualifiers had commenced, the two squads were in spectacular form, and were slotting in goals in huge numbers.

In fact, Iraq were on a 19-game unbeaten streak before the Third Round, and not once had they lost at home since August of 2019 as well.

On the other hand, Syria too have the same story to tell. To quote a stat – they had scored a total of seven goals in the two games just before the Third Round began.