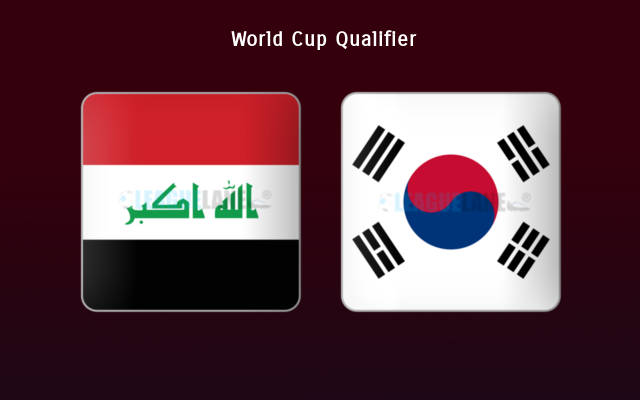 The Korea Republic are favourites to qualify for their 10th consecutive World Cup. The team has been displaying their class as the nation with the most World Cup appearances from Asia in this qualifying round.

Iraq on the other side with a win in this fixture would put themselves in a very comfortable position to qualify for the 4th round of the qualifiers. They are hoping to compete in their second World Cup campaign.

These teams are set to face each other in Qatar at the Thani Bin Jassim Stadium. Read our Preview, Predictions, and Betting Tips with Analysis here.

The hosts, despite not winning a single game, have managed to keep themselves in contention for a spot in the play-offs halfway through the 4th round. While they did go down 0-3 against Iran at home they have avoided defeat in the other games.

In their most recent match, they barely managed to escape with a point against Syria when Al-Ammari converted an 86th-minute penalty to equalise for Iraq. This 1-1 draw keeps them in 4th position just a point shy of Lebanon who is in the 3rd position.

South Korea on the other hand following the scoreless draw against this opponent in the opening match of this round has won the remaining contest disregarding their 1-1 draw against Iraq. They are second in the table 6 points clear of Lebanon on 2 points behind Iran.

The Asian Tigers despite a good run of games have always started the game slowly. Hwang Hee Chan’s penalty goal in their last match being their only first-half goal to show for in this round. Hence, I have backed a first-half draw.

With the Iraqis struggling to score having just 3 goals in 5 games in this round and the Koreans boasting one of the best defenses in the tournament having conceded just 3 goals in 11 games. South Korea winning to nil seems likely to happen.